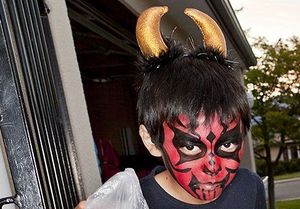 Chief executive Sue Chetwin said one face paint contained an ingredient banned in most products for young children. However, the main problem was a lack of clear labelling.

Ms Chetwin said more regulation and enforcement was needed for those products which were often bought and used by children.

Mr Wyllie said while face paint was required to meet the same standards as make up, the rules were often ignored. Some imported products contained banned ingredients.

"The issue with face paint, in particular, is that the potential of high lead content, for example, toxic chemicals that are not permitted in normal facial products or cosmetic products might be contained within the ingredients."

Consumers should look for products with a clear ingredients list and the manufacturer or distributors details, Mr Wyllie said.

Ms Chetwin said the test results had been passed on to the Ministry of Health and the Environmental Protection Agency.