An investor with failed finance company Lombard wants the directors to come over and mow her lawns, after their home dentention sentences were overturned. 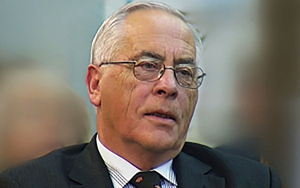 The four were sentenced at the High Court to community work, and Graham and Bryant were ordered to pay reparations of $100,000.

The Solicitor-General appealed against those sentences and the Court of Appeal imposed home detention of between six and nine months on the men.

On Wednesday, the Supreme Court ruled that was unwarranted, and reinstated the sentences of community work and reparation originally imposed by the High Court.

But Tristan Hooker, one of 3500 investors when Lombard went into receivership in 2008 owing $111 million, said she was angry and annoyed with the decision.

Ms Hooker lost $30,000 and said others lost far more than her - some their entire life savings.

"I've been making jokes about how they should come around and mow my lawn because I can't afford a lawnmowing guy anymore," she said.

"But really, what I'd like them to do, is sit down and write a letter of apology to the investors whose money they lost."

Jeffries is calling for a Royal Commission into the collapse of the financial sector in 2008.

"What was the respective roles of the various participants in the system has never been independently and objectively established, as it has in the United States ... and in Britain," he said.

However, he admitted it could be too late for such an inquiry to be held.