A residents' group in Queenstown says it has serious safety concerns about the planned introduction of night flights into the resort town.

The Civil Aviation Authority has given the green light to a $10 million proposal for night flights during the winter months when planes usually have to take off by about 5.30pm.

The airport will need to widen its runway and install special lights on the mountains surrounding Queenstown. 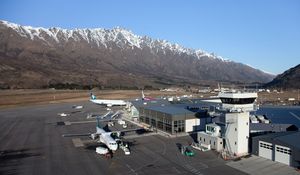 It will also require pilots to use satellite technology to fly in darkness through the Southern Alps. Night flights are not expected before winter 2016.

But the Chair of the Frankton Community Association Scott Freeman, who lives near the airport runway, said he was opposed to the move along with many other local residents.

"It's got a reasonably tight mountainous terrain, and you've got an airport that is basically sandwiched between two residential areas. It's not a very big runway by international standards. It is landing on a dime in a big moutainous area."

He said the location made night flying especially dangerous.

Airport chief executive Scott Paterson said the current time restrictions did not work for skiers who wanted to return to Australia after a full day on the slopes.

The Airline Pilots Association has given its qualified support to the proposal.

He said that, together with new lighting and navigational equipment at the airport, will reduce the risks. However, he said there would always be risks flying into an area with such significant terrain.