New Zealand is being encouraged to tap into the lucrative and growing Muslim tourist market.

The United Nations World Tourism Organisation estimates by 2020 from the Middle East alone, about 70 million people will travel overseas on holiday, spending about $20 billion every year.

A symposium has been held in Hamilton to promote halal tourism, approved to meet the beliefs of the Islamic faith.

The Holy Book, the Koran, has a message for its followers to travel and see the world of God.

With tourism in this country focusing on other markets, particularly China, tourists from the Islamic world have been virtually ignored.

Federation of Islamic Associations president Dr Anwar Ghani said until now tourism operators had thought the Muslim market was just too hard to deal with, so ignored it.

"Their requirements are pretty much the same as any other traveller and the only difference is the need for friendliness and assurances that their daily needs will be met." 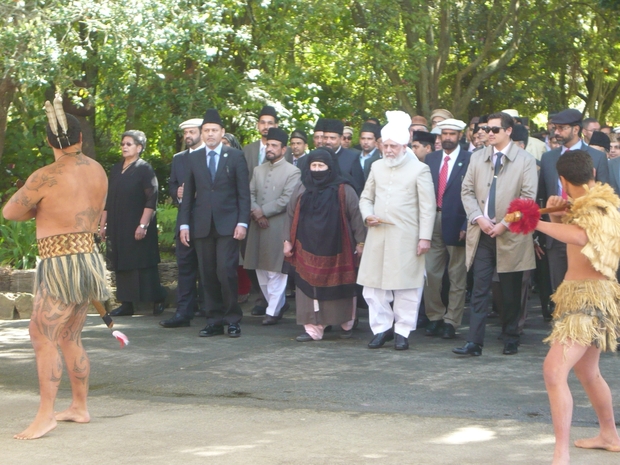 Malaysia and Indonesia are seen as the best countries to start promoting New Zealand as a destination.

Professor of Tourism at Waikato University, Chris Ryan, said the needs of Muslim visitors were quite simple and included halal food and a place to pray.

"We can indicate to them where the nearest mosques are, and indicate the direction of Mecca. They are just like other tourists, they want to see beautiful countryside, they want good service and be received in a friendly fashion."

Dr Ryan said the levels of preparation were not as large and burdensome as people thought and they automatically reacted when they saw a word like halal.

He said having some Muslim staff would also be an attraction for Muslim tourists.

"It means we want to see people that understand, particularly in the food industry".

If the owner of a restaurant is not a Muslim or the people serving were not, there would be a reluctance.

"Not because they aren't Muslims but because do they really understand the entire process of halal."

General manger for Destination Rotorua marketing, Oscar Nathan, said New Zealand was well behind a lot of countries, including Australia, in promotion to the Islamic market.

"It's something that hasn't been on the radar that is coming."

He said the Muslim visitor spend was massive.

Tourist operators were also told not to ignore the 50,000 Muslims living in New Zealand or big Muslim populations in other Western countries, including more than seven million in the United States.