A charitable trust being launched in Christchurch on Tuesday aims to see more red-zoned homes relocated and used to help solve the city's housing crisis.

Most of the nearly 8000 homes handed over to the Government and insurers as part of the red zone offers have so far ended up in tips.

A large part of the city's housing shortage is due to red-zoned homes being taken out of circulation because of earthquake damage to the land they sit on. 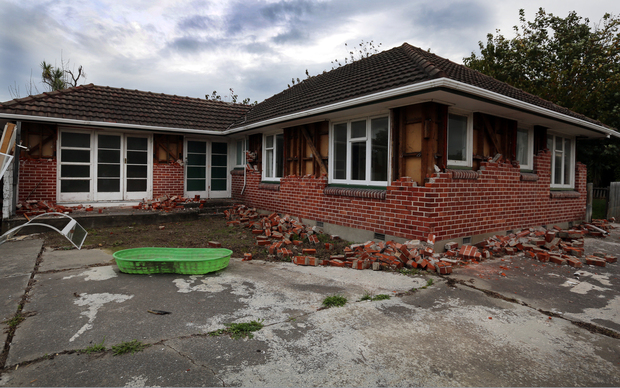 The newly formed Community Housing Trust aims to put a greater number of those homes back into circulation by moving them elsewhere.

Chairperson Patrick Costello said it would take over a company run by former mayor Garry Moore, who has been facilitating the buying and selling of houses since the red zone was first created.

Mr Costello said the trust was made up of concerned citizens including a number who had already been involved in making more affordable housing available.

A relocated home was a half to two-thirds the cost of a new home, he said, and would appeal to many in Christchurch who had been shut out of owning their own home.

The trust was open to offers from individuals and from affordable housing providers including the council.

Mr Costello said it was politically neutral and willing to work with anyone.

One red-zoned home that has already had a new lease of life is the one belonging to Luke Buxton and his family.

His New Brighton home is now being used as part of an art project.

Mr Buxton said it was an emotional moment having to say goodbye to their home and he was grateful another use was found for it that saved it from being sent to the landfill.

He welcomed steps to re-use more of the homes which he said formed an important part of the history of Christchurch.

Canterbury Earthquake Recovery Authority chief executive Roger Sutton said he was happy to work with the trust to ensure more homes were saved from the tip.

The authority had got better at helping those who wanted to relocate red-zoned homes but it was always willing to improve further.

Mr Sutton said a project the authority was involved in to build 300 affordable homes in Sockburn could potentially use the relocated houses.

However, the Insurance Council said there were few insured homes left in Christchurch's red zone worth relocating.

An Insurance Council spokesperson said it had been in discussion with the Community Housing Trust for many months to identify houses that would be appropriate for relocation.

But the spokesperson said insurers had few houses left worth relocating, after knocking down many houses which had been attracting vandals.

The clock is ticking, however, with the demolition of all red-zoned homes due to be completed by the end of the year.