Excessive television watching by children needs to be addressed by community groups, as well as the Government, an academic says. 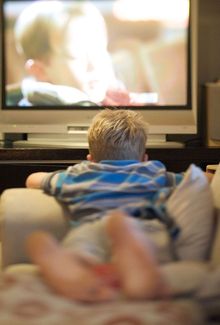 Two researchers at the University of Otago have published a commentary article about children and television.

One of the writers, associate professor Bob Hancox, said two hours a day of watching television was an appropriate limit.

"The Government's got a very important role here but so do parents and so do other community organisations," he said.

"At the moment we really don't know what's going to be effective, so we need to look at all sorts of different approaches."

Excessive television watching for long periods in childhood could lead to weight gains and anti-social behaviour, as well as smoking in later life.