New Zealand golfer Lydia Ko's first LPGA tournament win as a professional has earned her nearly $317,000 and she's now set to jump to second on the world rankings. 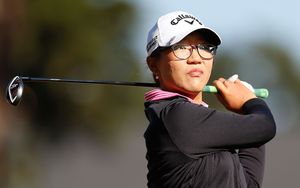 Ko won the Swinging Skirts Classic in San Francisco on Monday by one stroke from American Stacey Lewis.

Despite appearing calm throughout the final round Ko, who went into the tournament ranked fourth in the world, said she never felt relaxed at any stage.

Ko trailed the American Stacey Lewis by one shot going into the final round but worked her way into a two shot lead with five holes to play.

Lewis and the South Korean, Jenny Shin, continued to apply the pressure and cut Ko's lead to just one by the final hole.

However the 17-year-old held her composure to birdie the final hole and earn her first LPGA Tour win since turning professional and her third overall.

The victory is her second since turning professional in October last year. In December the teenager won the World Ladies Masters in Taiwan.

Ko is now set to rise to No.2 on the world rankings.