Householders are being warned to plan for further rises in mortgage rates if, as expected, the Reserve Bank raises its key interest rate again today. 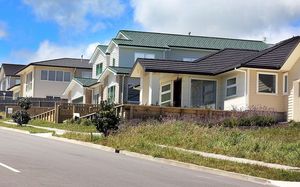 Economists predict the central bank will raise the Official Cash Rate from 2.75 percent to 3 percent to combat rising inflation pressures.

The last increase was on 13 March when the central bank increased the rate from the record low of 2.5 percent that had been in place since 2011.

In March, the Reserve Bank estimated the economy had grown by 3.3 percent in the year to March, led by high dairy prices, the rebuilding in Canterbury, and rising immigration.

Any increase today is likely to be reflected in higher borrowing costs for households and some analysts say mortgage rates could rise to 8 percent in the next couple of years.

Savers should benefit, though one analyst says term deposit rates are unlikely to rise by much until the end of the year.

The Reserve Bank will announce its decision at 9am.