A German kayaker is safe and well after a dramatic night time rescue off the east coast of the South Island.

Philipp Cartier had been paddling for 10 hours from Gore Bay towards Motunau off the North Canterbury coast on Sunday when he was dragged 4km offshore by a combination of winds and tide.

Mr Cartier says the current, apparently made stronger by a recent storm, carried him away from the coast. "The waves were quite big," he told Radio New Zealand's Morning Report programme on Tuesday.

With darkness falling, the situation became critical when Mr Cartier's chilled fingers dropped his emergency light overboard and this complicated efforts to find him.

It took about 90 minutes for the Westpac rescue helicopter to pick him up after its crew and local fisherman Geoff Basher pinpointed him in cold and rough conditions.

Mr Cartier is recovering at Mr Basher's home in Motunau. His original trip was planned to finish at Bluff. 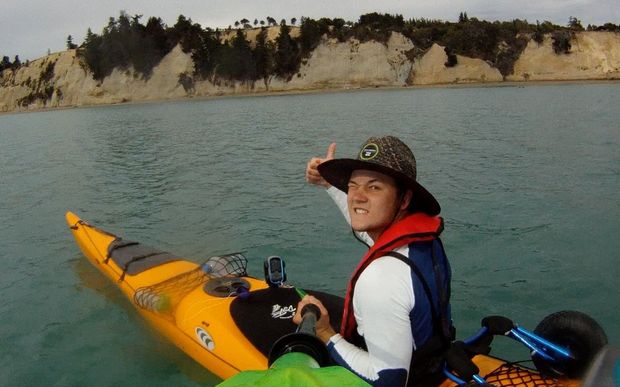