The family of a woman killed in a car crash in Egypt wants the Government to establish a procedure to help repatriate the bodies of New Zealanders who die overseas.

Alyssa Tahu, 32, was travelling from the Red Sea town of Hurghada to the capital, Cairo, on 16 April when a car she was in rolled and crashed. 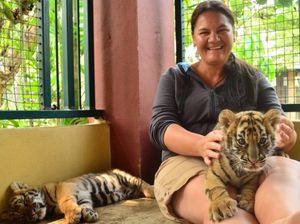 The other person in the car, a friend of Ms Tahu's, was also killed.

Ms Tahu from Edgecumbe in the Bay of Plenty had travelled to Egypt regularly for holidays after falling in love in with the country.

She was working as a nurse in Australia to save money for overseas trips.

Ms Tahu's sister-in-law, Ashlee Sturme, told Radio New Zealand she loved travelling and had been all over the world.

She said they are hoping to have her body back later this week but they are having trouble dealing with officials in Egypt.

Ms Sturme said the New Zealand embassy in Cairo had not helped the family contact police, hospitals or funeral directors, which was very frustrating.

The family tried calling police and a funeral director overnight to try and arrange for her body to be returned home.

She said there should be a standard procedure in place to help New Zealand families who lose loved ones overseas.

The police in Egypt also told the Tahu family it would be several weeks before they can give them a police report because it has to be translated and sent to New Zealand.

The Ministry of Foreign Affairs and Trade (MFAT) said it was aware of the sad death of Alyssa Tahu.

After enquiries by Radio New Zealand, MFAT said it provided the family with additional information it had recently received from the embassy in Cairo.

Ms Sturme said her sister-in-law will be remembered as a generous person who could be quite frank at times.

Ms Tahu's friends from places such as India and Australia will travel to Whakatane to be at her funeral service.