Theft and vehicle offences are among the most common acts committed by people on bail. 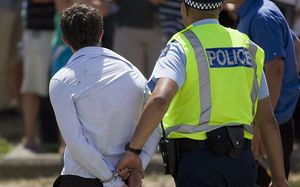 Radio New Zealand News has received data from the Ministry of Justice about the offences people have been convicted of committing while on bail, or at large, from 2005 to 2011.

About 3500 people on bail or at large were convicted for traffic and vehicle offences in each of 2008 and 2009.

The ministry said most offences committed while on bail were not categorised as serious crime.

It said electronic monitoring is a key way of making sure people on bail do not offend.