Prime Minister John Key has blamed the New Zealand man killed during a counter-terrorism drone attack in Yemen last year for his own death.

On Thursday, it emerged a New Zealander known as Muslim bin John was killed in Yemen in a drone strike in November last year. An Australian, Christopher Harvard, 27, also died. 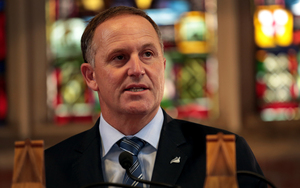 Mr Key says he has no sympathy for the man. He says he was in Yemen mixing with al Queda operatives so has to take responsibility for what happened to him.

But the Green Party co-leader Russel Norman says Mr Key has sunk to a new low if he's saying it's alright for a foreign government to execute a New Zealand citizen.

Dr Norman says Mr Key needs to say whether the Government provided assistance to United States authorities before the attack.

The National Centre for Peace and Conflict Studies says the American drone strike programme to prevent terrorism is ineffective and serves only to fuel Muslim militancy.

Its deputy director of the National Centre for Peace and Conflict Studies at Otago University, Professor Richard Jackson told Nine to Noon the United Nations and most human rights specialists agree programme does not operate within international law.

He says it amounts to assassinating people without trial or without evidence and if Russia or China assassinated their dissidents in other countries there would be a hue and cry.

Bill Roggio, a senior fellow at the Foundation for Defence of Democracies in Washington DC, told Morning Report Australia would have been notifed as a close ally of the United States.

He said the New Zealander probably was not the target of the attack on a convoy of cars.

Strategic analyst Paul Buchanan said the legality of drone strikes is much debated between those who believe they are legitimate in the war on terror and those who say they are extra-judicial executions without due process.

He questioned if the Government should be comfortable with the killing of a New Zealander on foreign soil who poses no threat to domestic security.

The grandmother of the Australian man who was killed says her family was told by Australian Federal Police her grandson was killed in a mosque.

New Zealand officials say the pair were killed with three others in a convoy of cars.

Ginette Harvard told Nine to Noon she cannot account for the two different versions but believes Australian officials have repeatedly lied about her grandson's death. She said they have changed their story many times.