Kim Dotcom could get access to his confiscated assets within a fortnight following a court win on Wednesday.

When the internet entrepreneur was arrested in Auckland in January 2012, the United States Government requested his assets be seized and the New Zealand courts agreed to that. 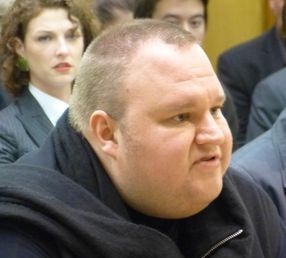 The order expires on Friday, so the Crown asked for it to be extended but the High Court has rejected that request.

The assets include 19 cars and jetskis and almost $200,000 worth of jewellery, electronics and art. Mr Dotcom also has about $1 million in a bank account and $3.6 million in property.

The court has given the Crown two weeks to decide whether to appeal against the decision. If it does not, Mr Dotcom will have access to his New Zealand-based confiscated assets.

The United States Government has been trying to take forfeiture proceedings against Mr Dotcom's assets, but the High Court in Auckland says no applications have been lodged yet.

Following the ruling, Mr Dotcom tweeted a picture of himself posing with three mercedes vehicles saying "Come to Daddy". He also thanked his friends and staff who were patient and loyal to him over the past couple of years.

Mr Dotcom's lawyer Robert Gapes told Radio New Zealand's Morning Report programme the court victory is another demonstration of mistakes made by police going back to the 2012 raid.

Mr Dotcom has posted a message on Twitter saying the case against him is falling apart, and Mr Gapes said he could well be right.

"There's been a series of mistakes and missteps that goes right back to the very first registration order that was made in January 2012. Those orders that led to the seizure were later declared by the High Court to be null and void and of no legal effect," he said.

Mr Gapes said those mistakes were not the last in proceedings against his client.

The United States wants Mr Dotcom extradited to face copyright, money-laundering and fraud charges. That hearing is set for July but it is unlikely to occur then, as other court hearings relating to aspects of the case are still going on.