A group of residents on Rakiura-Stewart Island say building a predator-proof fence on the island would both lock them in and out of their community.

Controversial plans to make the island predator-free will be put back on the table at a public meeting on Tuesday night. 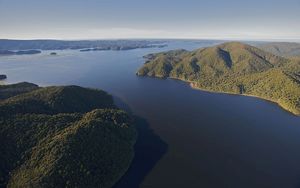 The proposals include a fence around the main township of Oban and Halfmoon Bay, an area of about 5000 hectares.

The fence would effectively create a gated community around the majority of the island's residents.

Local iwi representative Phillip Smith says that's making some people feel like they are being fenced in their own homes.

The fence proposal is supported by a foundation based off the island, backed by philanthropist Gareth Morgan, and Mr Smith objects to that.

"I take exception to the people coming from the mainland over here and telling us what's the best for us. The whole relationship in the township is different now than what it was and to me that's not what Stewart Island's about," he says.

Mr Morgan also wants domestic cats banned from the island, saying the move would be necessary for the fence to work.

However, Stewart Island Rakiura Community Environment Trust chair Margaret Hopkins says that idea is hard to get used to.