The Department of Conservation has collected almost 100 endangered skinks near Wanaka as part of an initiative to increase their numbers.

The Grand and Otago skinks, which are unique to Otago, are two of new Zealand's rarest reptiles. 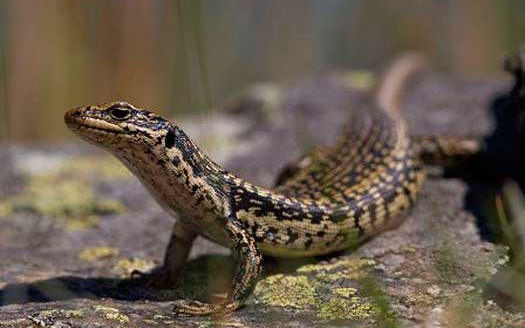 The grank skink is one of New Zealand's largest lizards. Photo: DOC

As part of a breed-for-release programme, the skinks will be housed at zoos, wildlife parks and eco-sanctuaries throughout the country.

The project manager, Gavin Udy, says the programme aims to increase numbers of both species so they can be released back into their natural habitats.

Known as giant skinks, they are our largest lizards, with Otago skinks growing up to 300mm in length and grand skinks 230mm, DoC says.