Two African wild dogs at Wellington Zoo have been put down. 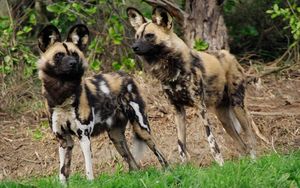 Nine year-old Mongo and eight year-old Moyo both had severe arthritis. They were the last at the zoo.

The average life span of an African wild dog is 10 years.

Zoo chief executive Karen Fifield said the dogs were popular and one visitor came every Saturday for the past five years to see them.

She said the zoo is investigating bringing four new dogs from South Africa later this year at a cost of about $45,000.