Up to 10 percent of Lincoln University's 650 employees may lose their jobs, as the university seeks to slash its salary budget. 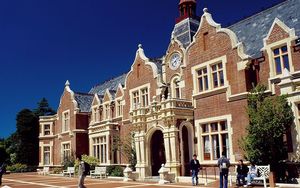 Staff in all three faculties will be affected and are being told on Tuesday of the proposals.

Vice-chancellor Andrew West said Lincoln plans to reduce expenditure by about $5 million, with $4 million of that in salary savings.

He said half of that figure has already been met by voluntary early retirements and redundancies, but there was still a $2 million gap to bridge.

Dr West said the cost-cutting is partly a response to the impact of the Canterbury earthquakes, as the university has spent most of its reserves on temporary accommodation.