A new study has found global temperatures could rise by up to five degrees centigrade by 2100, with a doubling of temperatures at the lower end of earlier forecasts. 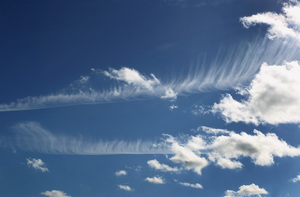 Those estimates put the expected rise in temperature due to global warming at between 1.5 and 5 degrees Celsius if emissions aren't reduced.

But the Australian study published in science journal Nature says a more accurate figure is 3 to 5 degrees Celsius, because of the impact of global warming on cloud formation.

Lead scientist Steven Sherwood from the University of New South Wales said previous studies have failed to take sufficient account of a reduction in cloud cover caused by higher levels of carbon dioxide.

Professor Sherwood said this will increase the amount of sunlight and heat in the atmosphere and if emissions aren't reduced, the predicted rise in temperature will have profound consequences.