The former wife of Northland farmer Allan Titford said her husband told her soon after they married that he sank his own fishing boat to collect an insurance payout. 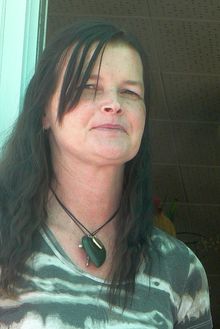 Titford, a prominent farmer and anti-Treaty activist, was sentenced in the Whangarei District Court on Wednesday to 24 years in prison for the violent abuse of his family over two decades, fraud, perjury and arson.

The anti-Treaty activist was convicted of burning down his own farmhouse at Maunganui Bluff in 1989, hoping to put the blame on local Maori who had a land claim on his farm.

His ex-wife Sue Cochrane said Titford told her he put an axe through the hull of his fishing boat off the South Island's West Coast in the early 1980s.

Ms Cochrane said her husband told her he was rescued by nearby fishing boats and used the insurance money to buy a better boat which he later sold to buy the farm at Maunganui Bluff.

Police say Ms Cochrane told them about the sinking and if anyone has further information they'd like to hear it.