New Zealand Post says hundreds of posties will lose their jobs when the urban delivery of standard letters is cut from six days a week. 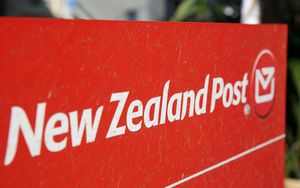 Communications and Information Technology Minister Amy Adams announced on Wednesday that the state-owned enterprise would provide a minimum of three days of mail delivery to urban areas from July 2015.

The Government has signed off a new Deed of Settlement with New Zealand Post so it can cut costs after a dramatic drop-off in postal items over the past decade.

Rural deliveries will be made five days a week from 2015 - a cut of one day for some areas.

New Zealand Post says up to 1000 posties could lose their jobs - about half of its postie workforce. Chief executive Brian Roche says it is unfortunate, but inevitable, that jobs would be lost.

"We announced a few months ago jobs going in our processing plant. So this is a very difficult time for the company, but the reality is we have to address it. How we address it and over what timeframe is what we'll now work through with our staff."

Mr Roche told Radio New Zealand's Checkpoint programme the company wants to maintain a six-day-a-week service for urban customers who want it, but they will obviously have to pay for that.

Amy Adams said she had not discussed redundancies with New Zealand Post.

"I'm not going to get into that now, because it's for them to talk about that with their employees and through the unions first. Of course, the final scale of those changes is very much dependent on the negotiations they will have over the next few years as they set up these arrangements."

Ms Adams earlier expressed surprise that New Zealand Post would be saying hundreds of jobs could go and said that it had indicated that even without the changes, there would have been job cuts.

The minister said 88% of submissions on the issue were about rural deliveries.

"That clearly was the issue that had people most concerned and through that process, yes, I met with a number of groups including the rural contractors, Federated Farmers and others. But look, they do have a different situation in rural areas, as I say, in terms of alternatives for communication and the services they receive from their mail."

Allan Peeperkoorn, a postie in Albany near Auckland, says he expects that many posties will start looking for a different line of work. He doesn't expect that reducing the deliveries to most people by half will mean a 50% cut in workers.

The Labour Party wants to see details on the decision to allow New Zealand Post to cut standard mail deliveries.

State-owned enterprises spokesperson Clayton Cosgrove said on Wednesday that many details are not known yet.

He questions if people will have the access they need - particularly the elderly, who may depend on post at a greater frequency.

Mr Cosgrove said he also wants to see exactly what the job losses will be and what help will be given to those made redundant.