A GNS Science report has revealed tsunamis could be up to 50% bigger and far more destructive in some parts of the country than previously thought.

It also says they could strike before official warnings were issued. 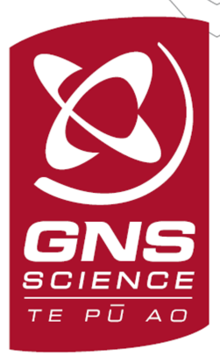 GNS Science says the changes to its predictions have been driven by research into the 2011 Japan tsunami, which indicates some fault lines near New Zealand could produce much larger earthquakes than previously thought.

The GNS review found a powerful earthquake on one of those fault lines could result in a 15m high tsunami striking Northland and Great Barrier Island, along with parts of the East Coast of the North Island and Wairarapa.

The wave could surge more than 30m above sea level on steep parts of the coast, a height comparable to the 2011 Japan tsunami.

The agency also included Southland and the West Coast as areas where fault lines could produce much larger earthquakes than previously thought.

Tsunami warnings could be too late

A natural hazards researcher at GNS Science, Graham Leonard, says the wave could arrive less than an hour after the earthquake which generated it, and before official warnings could be broadcast.

Dr Leonard says that means people need to run for high ground as soon as they feel a strong quake.

People living on the coast need to know they should run for high ground if they feel a quake strong enough that they cannot stand, or which lasts for more than a minute.

Dr Leonard also says it's important people stay out of evacuation zones until they get the all clear from Civil Defence.

He told Checkpoint the new research shows waves could have a run-up height of 30 metres when they reach the shore.

"We had inklings of this height prior to that - work done around New Zealand had been hinting at wave run-ups on shore up into the 30-metre plus range.

"So - not that surprising, but certainly a more widespread higher wave from those local sources, especially thoughout that coastline from Wellington up through to East Cape, than was previously modelled in 2005."

Civil Defence says it plans to discuss the findings with local councils and reinforce messages about the risk of tsunami to the public.

Mr Yule said after a strong earthquake, it wouldn't be practical to immediately evacuate everybody to higher ground.

"You can't simply evacuate that many people in that short a time to higher ground easily, but if we can map what the likely scenarios are, it may give us a better handle as to how that can happen.

"Quite frankly not everyone can just drive to a central point."

And he said many coastal towns vulnerable to tsunamis don't have easily accessible high ground for people to escape to.

Mr Yule told Checkpoint the authorities will need to consider the new information and then determine the best plan for such an event.