Auckland Council has voted to restrict higher density housing in the city's suburbs.

The council is in the middle of a three-day meeting to finalise the draft version of its 30-year Unitary Plan for Auckland.

Councillors were divided on a provision that would allow an unlimited number of dwellings on larger suburban sites.

However, on Thursday they accepted a compromise put forward by mayor Len Brown to limit developments to one dwelling for every 200 square metres. 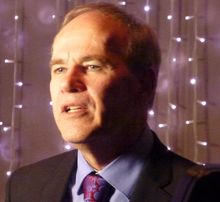 They voted down an earlier amendment that would have brought in even tougher restrictions.

Councillors are still to decide whether the restriction will apply only to developments under 2500 metres, or to larger developments as well.

Homes built in a development of five or more houses will have to score six stars in the Homestar energy and waste efficiency scale.

Once finalised, the draft Unitary Plan will be subject to several years of formal submissions and appeals.