Tenants and engineers say they had hoped stricter requirements would be placed on owners of earthquake-prone buildings but commercial property owners say the Government's new policy for is more achievable. 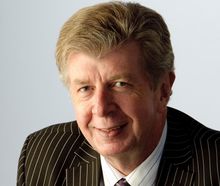 Under the proposed law change, owners of buildings and apartments deemed below standard will have 20 years to strengthen or demolish the structuers - five years longer than originally proposed.

Local councils will still have to complete assessments of buildings of multi-storey residential and multi-unit non-residential buildings within five years. Owners will then have 15 years, instead of 10, to either demolish the buildings or bring them up 34% of the new building standard.

He says the standard was a recommendation of the Royal Commission into the Christchurch earthquakes and building owners are free to strengthen buildings to a higher degree.

Property Council chief executive Connal Townsend has welcomed the extension for earthquake strengthening because he says there are not enough builders and engineers to be able to do the work within 10 years. In addition, owners of buildings have to provide tenants with a free and uninterrupted right to their tenancies, so they have to wait until a lease has expired to do major structural work.

The president of the Body Corporate Chairs Group, Neil Cooper, says the new standard is too tough for many building owners, and that a cost-benefit analysis indicates the benefits of strengthening to the required standard do not justify the expense involved.

The Tenants Protection Association says any delay in strengthening work increases the risk of people being hurt. Spokesperson Helen Gatonyi says one of the lessons of Christchurch is that tenants would rather pay more for a safer building than risk their lives in ones that might not withstand a strong quake.

She says some tenants may have to leave dangerous buildings and the Government has a role to play in ensuring alternative accommodation is found for them.

The Institution of Professional Engineers New Zealand is demanding the Government speeds up strengthening of quake-prone buildings to ensure the public is not hurt. Chief executive Andrew Cleland told Radio New Zealand's Nine to Noon buildings should be classified so the most vulnerable are given priority.

He said it is important to move fast and stay engaged with commercial building owners who could board up their buildings, leaving loose facades to fall on people during an earthquake.

Maan Alkaisi, whose wife was one of 115 people who died in the Christchurch Television building in the February 2011 earthquake, says the Government is continuing to put lives at risk for another 20 to 30 years.

Dr Alkaisi , co-chair of the Christchurch Earthquake Family group, says he's dismayed the Government is not showing it is serious about protecting people. "What message are you sending to the building industry if you're saying that you have 20 to 30 years to sort out this risk?" he asks. "It means...putting human life at risk for another 20 to 30 years."

Dr Alkaisi says he is disappointed the Royal Commission's recommendation that buildings should be strengthened to 66% has not been adopted.