Wellington regional civil defence is advising people who work in the central city not to come into work until at least midday on Monday in the wake of Sunday afternoon's major earthquake. 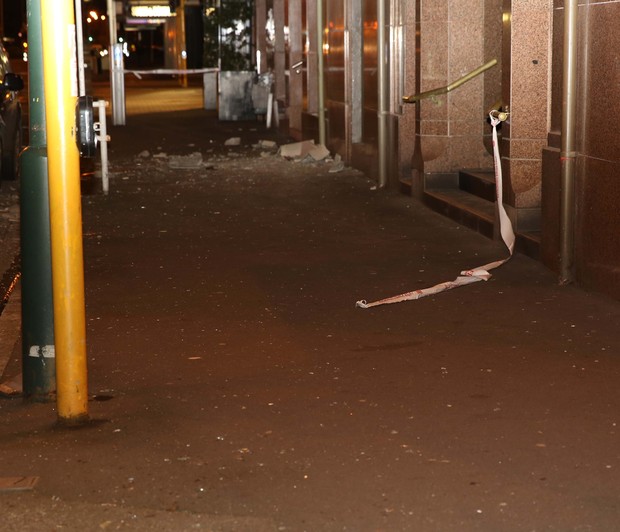 At least two buildings in the CBD have been evacuated, with surrounding streets closed. Victoria University also has been closed.

The region's civil defence controller Bruce Pepperell says the CBD is NOT officially closed, but there are worries about the state of some of the buildings.

"We have a number of buildings that are uninhabitable and there may be others, safety of people is paramount, so I have made the call."

Mr Pepperell says that will give management, building owners and engineers a chance to assess the buildings.

He says there has been a lot of facade damage to buildings in the centre of town and it would take only a small shake to loosen glass and injure people below.

Mr Pepperell says emergency management staff will methodically go through the CBD, street by street, to assess the safety of buildings.

Wellington City Council's emergency management office has been activated and its staff are trying to get a comprehensive picture of what damage has occurred.

Acting Emergency Controller Neville Brown says there has been some damage to the council offices.

The council's call centre staff are being moved to new premises.

Mr Brown says there has been some damage to a council building in Wakefield Street, as well as damage to a city wharf.

He says there have been many isolated incidents across the region, water sprinklers broken, and power is out in some areas, but the roads appear to be undamaged.

Wellington people are being told to stay off the roads if possible on Sunday night.

Electricity and gas company Powerco is warning people in Wellington to report any smell of gas.

Its operations manager Phil Marsh says one home reported a small gas leak after the quake, and it's urging its 58,000 customers in the region with gas connections to report any gas fumes.

He says due to the earthquake there is an increased likelihood of gas leaks and if smelt, people should turn off the gas meter outside their home and then call Powerco as soon as possible.

Wellington Mayor Celia Wade-Brown is urging people to prepare an emergency kit so they are ready in case there are any more quakes.

Celia Wade-Brown says there have been no reports of injuries or major damage so far, but she is asking people to be prepared by stocking up on water and food supplies.

She says as well as having an emergency plan people should stay in touch with neighbours.

Ms Wade-Brown says people should take ornaments off shelves, make sure their phones are charged, that they have batteries in their radios, their data is backed up and try and ensure they are as safe as they can be.

She says council workers are out in the city checking buildings and infrastructure for damage.