The Government says good progress is being made in fixing the problem-plagued Novopay teacher payroll system. 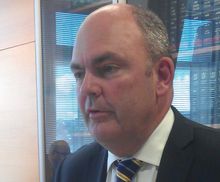 The Minister responsible for Novopay, Steven Joyce, said on Tuesday that pay periods are now performing as expected, with few issues of staff being underpaid or overpaid.

Since the system was introduced in August 2012, thousands of teachers and support staff have been wrongly paid.

Mr Joyce said clearing a backlog of over-payments is taking longer than expected and about 10,000 are outstanding.

"I have to understand that it's a pretty forensic exercise because you're effectively going to go back and ask people to repay money, so you've got to do the appropriate level of checks and re-checks before you go ahead and do that.

"Notwithstanding that I want it all fixed yesterday, I think the teams have made some pretty reasonable progress. We've just got some more work to do."

Mr Joyce said half the bugs in the system have been fixed and it's hoped they will all be resolved by September.