The chair of the Independent Police Conduct Authority says there will be a review into the way pursuits are carried out - including whether some should have happened at all.

An IPCA report released on Thursday has cleared police of blame after a runaway driver killed one person and injured three in a crash in December 2010. 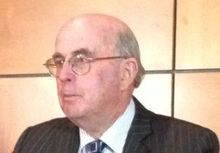 However, it concludes that officers frequently break the rules when they chase fleeing drivers because the rules are too difficult to stick to in a fast-paced, time-pressured pursuit.

Georgina Cherish Stone-Te Haara, 20, was killed and three others were injured in the crash at Flatbush in south-east Auckland. They included the driver, 20-year-old Setefano Tonga, who was later jailed for five years and four months for manslaughter.

The IPCA report says Tonga was three times over the legal blood-alcohol limit and had told the passengers to take their seatbelts off in case they had to stop and run from police.

It says Tonga was driving dangerously and officers, though justified in chasing him, should have stopped sooner and not used road spikes when radio difficulties hampered communications with police control.

"What we've flagged in that report is our desire to have a review about those policies because there have been a number of these incidents which have resulted in deaths and it's time for us to look at the whole of the policy and the circumstances around it to see if we can get better resolve.

"We have the experience of some other jurisdictions that have been looking at this recently. Nothing stays still, it changes all the time. But we've had a number of very unsatisfactory incidents, so it's time for us to have an overlook."

Sir David said reviews have been done in other countries such as Britain which can be looked at when deciding the best possible chase policies in New Zealand.

The IPCA report raised serious concerns about how well police radios work. The authority was told that several officers tried to tell their colleagues what they were doing during the chase in 2010, but could not do so.

This was because a newly installed digital system makes it hard for an officer to over-ride another speaker on the network, even if his communication is more urgent.

The rollout of digital radios has only extended to five of the 12 police regions and has been stopped to save money. Police are being given mobile phones as well.

Counties-Manukau district commander John Tims said the digital radio system had been in place for only six days before the crash. There was difficulty over-riding existing communications with more important information on the digital system and this had been overcome with better training. Digital radio is encrypted to prevent criminals from listening in.

"He was drunk, speeding, unlicensed. His actions caused the death of his passenger, he put himself at harm, he put others at harm. The New Zealand community and the New Zealand police don't tolerate this sort of behaviour on the roads."

Mr Tims said officers are having to make important decisions under pressure and any further discussion about policies on pursuits, as recommended by the IPCA, is healthy.