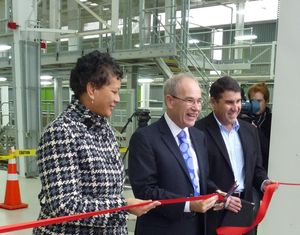 The depot at Wiri will service 57 Spanish trains, the first of which is due to arrive in two months' time.

Auckland Transport project manager Steve Hawkins said the depot is another part of the major investment in upgrading the city's rail network.

New stations have been built at New Lynn and Newmarket, and electrification of the network is due to be completed in early 2014.

Once the full fleet of trains is in service in the next couple of years, Mr Hawkins said the depot will employ up to 100 people.