The incoming chief executive of Radio New Zealand says any commercialisation of the station's content or programmes would be a bad thing and sponsorship is not on the horizon.

Paul Thompson, group executive editor of Fairfax Media in New Zealand, will take up his role at Radio New Zealand later this year. He is a former award-winning editor of Christchurch's The Press and the Nelson Mail. 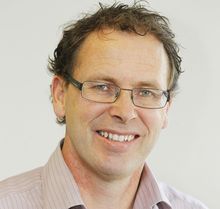 Mr Thompson told Radio New Zealand's Morning Report programme no one has raised the possibility of taking private funding with him.

"I think any form of commercialisation of any of the stations or the content would be a bad thing."

He acknowledges that public funding is tight but thinks he'll be able to manage costs without having to cut editorial resources.

"The funding is what the funding is, and lets hope in future at some stage that changes. In the mean time I'm sure that we can continue to do a very good job."

Mr Thompson says he wants to grow the company's presence in the digital realm.