The Government insists its Housing Accord with the Auckland Council is not at risk, despite the deputy mayor saying the council might not sign it.

The Government is tackling high house prices by passing legislation to give it the power to free up land, grant consents and allow councils to speed up developments. 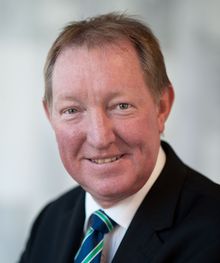 The accord is a key part of the Budget, delivered on Thursday, and aimed at boosting home construction in Auckland and thereby slowing the rise in house prices.

Auckland mayor Len Brown said there are inconsistencies between the week-old accord and the legislation which will bring it into play, while his deputy Penny Hulse said if they can't be sorted, the council might not endorse the deal in June.

The Auckland Council said the legislation does not mention the city's 30-year blueprint, the Unitary Plan, which the accord says the council can use to assess fast-tracked applications for new housing consents.

The council said the legislation also appears to weaken the ability of a local body to protect land from being subdivided for housing - something which exists in its Unitary Plan.

Penny Hulse said the legislation does not follow through with much of what was negotiated in the accord and she can't understand why the Government is taking more control out of the council's hands.

Housing Minister Nick Smith describes the concerns as technical and on Friday said he is confident they can be worked through in the select committee stage - however, the Government retains the right to intervene if agreement is not possible.

Prime Minister John Key said it was a surprise to him that there was an issue.

Finance Minister Bill English said there may well be a few differences, but he had found the Auckland Council pretty constructive.

However, he said he expects discussion with councils about the supply of more housing will be tense because they were not headed in that direction.

The Labour Party said the Government should not be giving itself the power to override councils if they don't agree on new housing initiatives. Phil Twyford, spokesperson for housing and Auckland issues, said there is no point in the Government negotiating agreements with local bodies if it can simply overrule them.

A day after the Government introduced legislation to combat high house prices, the regions it is supposed to target are questioning the plan.

The legislation gives the Government the power to work with local authorities to free up land and fast-track consents for new housing developments. But if a council refuses to co-operate, central government can step in and grant the consent.

"Why are they riding roughshod over local government and the private sector on these issues? Again, it's an indication that they don't really understand the true cost of land development. And I think at the end of the day, the big risk is taking away local decision-making."

Hamilton's mayor Julie Hardaker is also nervous, saying the infrastructure bill has not been fully considered.