New Zealand houses became less affordable in 2012 as incomes failed to keep up with soaring prices in Auckland and Christchurch.

The annual Demographia survey shows affordability in New Zealand's eight major housing markets is as bad now as in the housing boom of the mid-2000s. 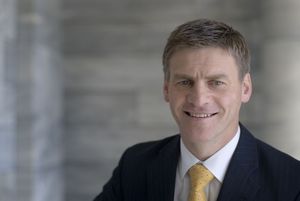 The annual world-wide survey of 337 metropolitan housing markets describes all eight of New Zealand's major markets as either severely or seriously unaffordable.

Only Hong Kong, with prices 13.5 times the median household income and Australia at 5.6, were costlier.

Mr English told Radio New Zealand's Morning Report programme on Tuesday it costs too much and takes too long to build a house in New Zealand.

He said it is better that the Government continues to work with councils, rather than takes control of the land supply - though such a "dramatic solution" would be possible if the situation became significantly worse.

Homes out of reach in Christchurch, Auckland

Study co-author Hugh Pavletich, a property developer, said ownership moved even further out of reach in his home city of Christchurch and in Auckland in 2012.

"In middle North America, for example, they're getting starter homes in place - that's with the land, the section and the construction - all for about $600 to $700 per square metre.

Registered Master Builders Federation chief executive Warwick Quinn said the industry is made up of smaller firms, which can be less efficient builders.

He said firms cannot build hundreds of houses at a time in one location because, other than in Auckland, the demand is not there.

Mr Kohn said people want bigger, original and spacious homes that are different from those of their neighbours - and these cost more to make.

The cost of building materials and transporting them is also very expensive, he said.