The Prince of Wales and the Duchess of Cornwall have completed their public tour of Christchurch, after a day of meeting locals, seeing earthquake damage and visiting the A & P Show.

The royal couple has spent six days in New Zealand as part of the celebrations for the Queen's diamond jubilee. 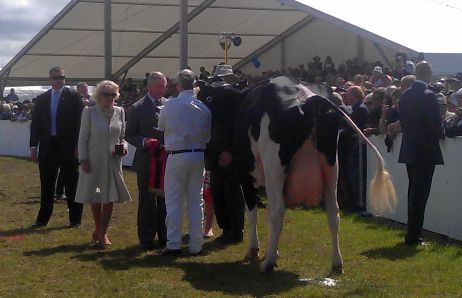 Their Christchurch visit started with an official welcome from Ngai Tahu and local dignitaries outside the Christchurch City Council offices at midday.

The royal motorcade then travelled through damaged parts of the central business district and stopped so the royals could inspect several red-zoned houses.

The owner of one, Catherine MacPherson, spoke to the couple and said they were relaxed, engaging and empathetic. 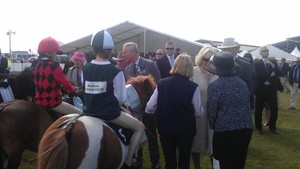 Later, the royals headed to the 150th Canterbury A & P Show where they visited many of the attractions and presented some major awards.

About 60,000 people were expected at the final day of the show.

The Prince and Duchess leave for Britain late on Friday night. 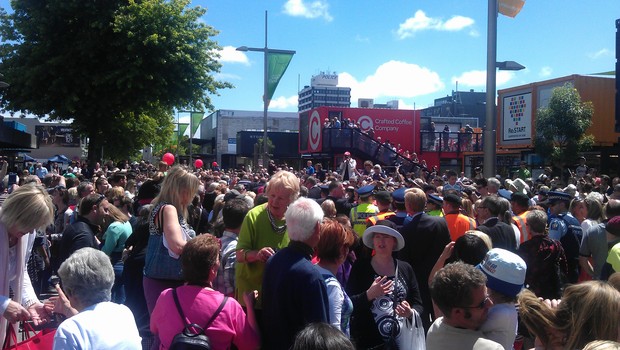 Crowds in Cashel Mall with the Royals. Photo: RNZ