Another fire at the well-known Wellington pub Backbencher has been put out on Wednesday.

The bar and cafe on Molesworth Street was famous for its satirical puppets of politicians, cartoons and various memorabilia on the walls.

In June this year, it was forced to close after a fire in the kitchen caused significant damage.

They say the two men noticed smoke and went up to the street to get some air, when the fire started at 3.15pm.

Owner Alistair Boyce says the second fire is a pain, but is optimistic it will not delay the business reopening in February next year.

The Fire Service says one of its crew sustained minor injuries after falling through a floor. 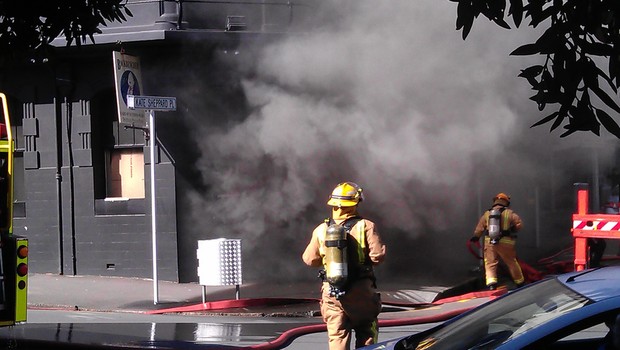