The Government says it may have to restrict or target payments to family members caring for disabled adult children.

Mr Ryall says any payment system must be affordable, and tradeoffs will need to be made.

The 50-page consultation paper says deciding how the Government should respond is challenging. It says the policy must balance the interests of those who are being cared for, those doing the caring and taxpayers - and difficult trade-offs will have to be made. 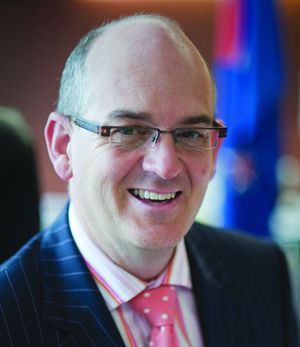 Tony Ryall says the Government needs to make sure the policy is affordable. Photo: NATIONAL PARTY

The Government agreed to pay family carers after courts insisted the present policy of not paying them is discriminatory, including a Court of Appeal ruling in May this year.

In June, the Government decided not to appeal against the ruling and now needs a new policy urgently. However, Mr Ryall says it could be very costly.

"This is pretty tight financial times, we can't afford a gold plattered approach. We have to do something that's reflective of the fact that times are tough, there's not a lot of money and we want to make sure that it is affordable."

Mr Ryall says the actual cost depends on how much people are paid, and some in the private sector receive $25 an hour. He says an unrestricted approach will be unaffordable, and targeting eligibility for payment may be needed.

That has upset Cliff Robinson, a parent from Thames caring for two adult disabled children.

"This is just scaremongering on the minister's part. And also, to even think about means testing people who have disabled children just horrifies me."

Estimates of the cost of the new policy range between $17 million a year and well over $400 million. But Mr Robinson believes they are far too high.

"There's not one shred of evidence to suggest that it's going to cost $400 million. In fact, Brian Easton our economist claimed it would be between $32 million and $64 million and he still stands by the figure - he says it'll be at the lower end of the range."

Mr Ryall will not say what would be affordable, but says $300 million would not be.

Another parent, Gill Bransgrove, says the time for arguing is over.

"The payments should be based on the individual disabled person's needs - the families should not be exploited any more."

The Government wants a new policy in place by early 2013, but Green Party MP Catherine Delahunty says the consulation paper seems designed to make the task seem harder than it really needs to be.

"The Green Party would like to see action on this based on the court decision that these carers are workers like other carers and there are already systems in place for dealing with the issues about independence and wages in the current carer system."

An extensive consultation process begins on Wednesday and ends on 6 November.