Defence Minister Jonathan Coleman confirmed his departure on Wednesday afternoon. The SAS officially ended its operations in Afghanistan in March.

Corporal Apiata was awarded the Victoria Cross, the highest honour for gallantry, in 2007 for rescuing a wounded comrade while on duty in Afghanistan. 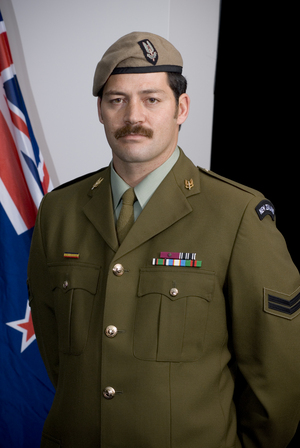 In a statement, he says he is leaving the Defence Force to pursue goals and to grow with his family.

Corporal Apiata says he is proud of his military service and says the decision to quit was not taken lightly and it took him many months to reach.

Prime Minister John Key says it's a shame to lose Corporal Apiata from the SAS, but he wishes him all the best in his new job, which he believes is working with at-risk youth at the Highwire Trust in South Auckland.

Mr Key says Corporal Apiata has given a big part of his career to the SAS, and his decision to quit the Defence Force is a great loss.

The Defence Force says he resigned several months ago, but won't confirm when he officially leaves the SAS.