Prescription charges are going up as the Government looks for savings in the health budget. 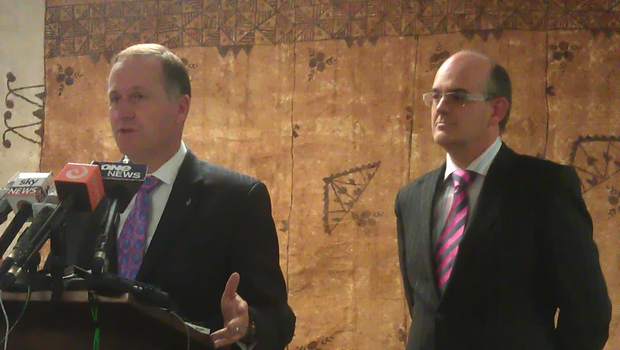 The increase is part of a pre-Budget announcement made on Monday by Health Minister Tony Ryall.

He says it is the first time prescription charges have gone up in 20 years.

The minister says no person or family will have to pay more than an extra $40 a year and there will continue to be no charge for children younger than 6.

Mr Ryall says the change will save $20 million in the first year rising to $40 million a year and the money will be re-allocated to other areas of health spending.

The Government also announced it will provide $101 million in the upcoming Budget within overall health spending for more elective operations, scans and improved cancer services.

And the prime minister says there will be more increases to some user charges in the May 24 budget.

John Key says the budget will show there are billions of dollars that will be spent in critical areas such as health, education, science and innovation.

He says this will be paid for either by increasing user charges or a reduction in expenditure in other areas.

Mr Key would not be any more specific, saying the details will be revealed next week.

The national support organisation for general practices, however, says the rise in prescription charges might deter people from seeking healthcare.

Chairperson of General Practice New Zealand Bev O'Keefe says that while the change is relatively minor in itself, too many price rises like this could put healthcare out of reach for some.