Polystyrene escaping from a "homemade" raft in the Marlborough Sounds has a resident and scientists worried. 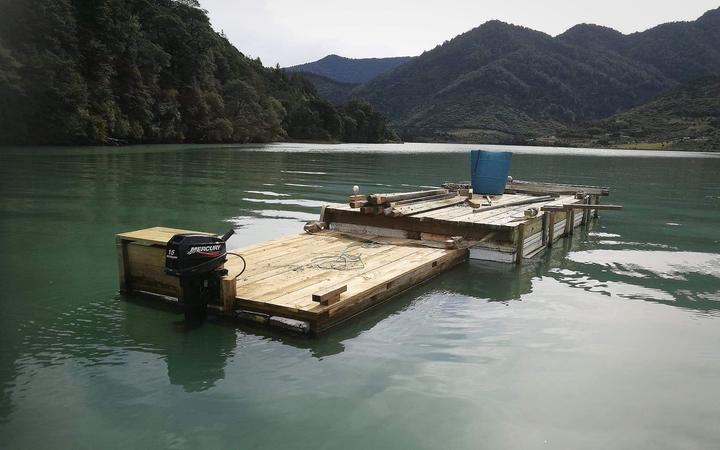 Te Hoiere/Pelorus Sound resident Pete Wilkinson noticed chunks of the controversial polymer in the water while kayaking in Kaiuma Bay last week and traced it to a raft.

Wilkinson said the split-level raft, tied together by rope, looked to be made from old polystyrene panels and wooden planks. A 15-horsepower outboard had been attached to the raft's smaller platform.

"There had been no attempt made to seal off the edges of the raft, so the polystyrene was being exposed to the wind and the waves. While I was there the little raft bumped up against the larger one and knocked bits of polystyrene off."

He said the plastic was a threat to birds and aquatic life which could mistake the "white balls" for food. He was also concerned by the raft's proximity to the bay's oyster farm.

"This kind of negligent pollution [goes] straight into the food chain ... We can't keep doing this to our waterways."

Marine scientist Dr Bridie Allan said she would be concerned if polystyrene was spreading to the oyster farm.

Polystyrene, like other plastics, was good at attracting bacteria, heavy metals and toxins in the water, she said. It also floated, so could easily make its way into other areas.

If swallowed, polystyrene could stop animals and invertebrates - such as oysters - from being able to digest food. It could also leach chemicals into animals after it was consumed.

"That can affect heaps of things: reproduction, the way that the animal is able to get energy from their food, or behavioural responses, such as how fast it takes them to escape from predators or how quickly they can hunt prey."

"Studies have shown that little microbeads of polystyrene can be taken up by phytoplankton, which are eaten by fish. The microplastics can get into the nervous system of fish - and even people - and affect how they behave," he said.

"A lot of coastal places around the world have banned it from being used, like Monterey [in California]. It's cheap to make and floats, but it's not so good when it breaks down." 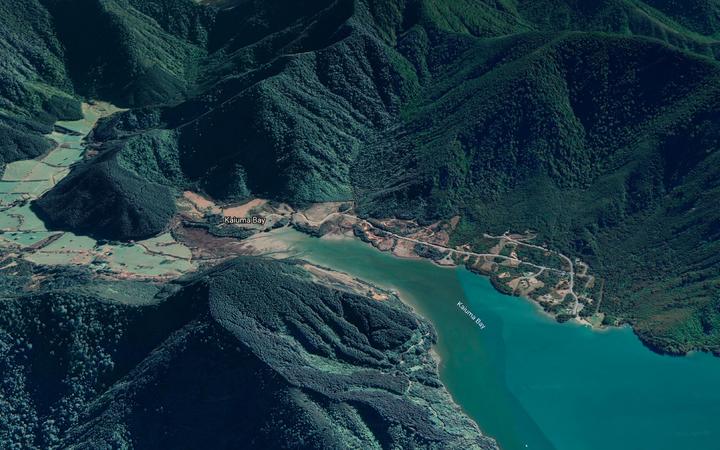 Kaiuma Bay in the Marlborough Sounds from above. Photo: GOOGLE EARTH

A Kaiuma Bay resident, who did not want to be named, said the raft was originally positioned closer to the bay's homes, but was later moved after "a lot of people" got upset.

He was not aware of there being polystyrene in the water in the bay.

Deputy harbourmaster Jan Eveleens said he was not fond of polystyrene, but that his office could only get involved if the raft was a navigational or safety concern.

His office had not received a complaint on the raft.

"If we come across it on a patrol, we might have a look, but it doesn't look like there's something urgent here ... However, I'd certainly use a life jacket with a thing like that."

Eveleens said it looked like the raft had been moved around, possibly for the one-off movement of a heavy item.

"There are pieces of it falling off ... I wouldn't leave it on the water long-term as there's a good chance it will fall apart."

Handmade rafts were uncommon in Marlborough, he said.

Recreational rafts had to adhere to the council's navigational bylaw, but rafts used for "commercial" activities - such as marine farming - fell to Maritime NZ.

The oyster farm could not be reached for comment.