First Person - My first sport was netball, a game I'm still playing over three decades later, but until recently I was looking for something else.

I find it hard to believe I'm still playing netball, having started as an eight-year-old in the 1980s. I'm in a team that no longer trains; we just show up on a Saturday in winter and play.

I think we're all a bit scared to stop playing because we know if we do that will be it. 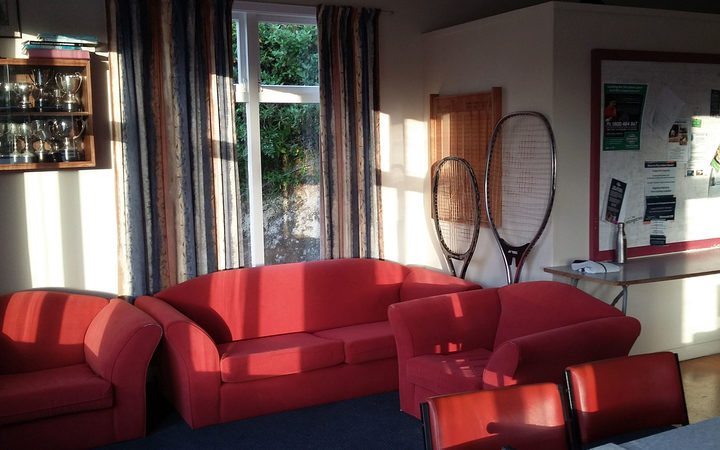 In college I started playing cricket in summer and kept playing for a few years after leaving. My interest started to wane after another cold Wellington summer with my Saturday's taken up.

I also enjoyed badminton at college; it had some addictive qualities.

When I went to university I started playing volleyball for the first time. Because not many people played volleyball, there was basically one competitive team in the Waikato. I was the worst player by far. The others had grown up playing and came from regions where it was strong.

I'm surprised I stuck with it; I had no idea what I was doing that first year but I really liked it. I remember thinking I could have been good if I had started earlier in life. Of all the sports I've ever tried, volleyball was by far the hardest to master. The timing and precision needed to merely execute the basics takes a long time to develop.

After three years, I got decent enough. But once I left university I played sporadically because I kept moving around and it's a big commitment if you want to play at a serious level.

I played a bit of squash at university, just with a few mates, but I remember it was also quite addictive.

Netball was the constant.

But when I moved to South Korea to teach English, where I was for three years, there was no netball. I ended up playing touch rugby organised by a bunch of expats.

I had previously played the odd game at school and never really took to it, but in that new environment I found myself really enjoying the game.

I think part of the reason was because there weren't many super stars in South Korea; we were a fairly rag-tag bunch of stragglers, so it was a pretty even playing field. Not like at home when as a woman you're mostly stuck out on the wing.

The social aspect of the game there was a huge part of my expat experience.

But in my last year there, I discovered netball had been introduced to a handful of middle schools.

Through the help of a South Korean friend-cum-interpreter, I was able to set up some friendly games for expats against 12 and 13-year-old girls. 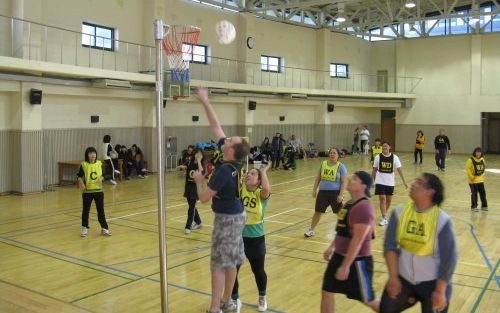 First we would teach the girls a few drills, then the expats would head down and have a game. It was hilarious.

Coming from a fairly conservative country, the middle schoolers were shocked that we had a mixed team, that men and women played together. They were also taken aback by the speed with which we played.

When I returned to New Zealand, I continued to play touch but it just wasn't the same. I still play the odd game but the thought of soggy fields and burning lungs held much less appeal.

So, I was missing playing a summer sport and thought I had exhausted my sporting options.

But about three months ago there was a pamphlet in my letterbox inviting people to open days at the Newlands-Paparangi Tennis Club.

Tennis was something that never hugely appealed to me but I have always enjoyed watching the grand slams on television.

So about two months ago I went to a club night. I have turned up to countless sports' trainings, trials, and events over the past 30-odd years but there was always a sense of trepidation. Will they be too good? Will I be out of my depth?

And it always turned out just fine.

The people at the tennis club are friendly; frankly, they are just happy that new members want to join. And there are all different levels: Beginners like me, people who started late in life and have only been playing a couple of years, and those who have been playing forever.

I enjoyed it immediately. 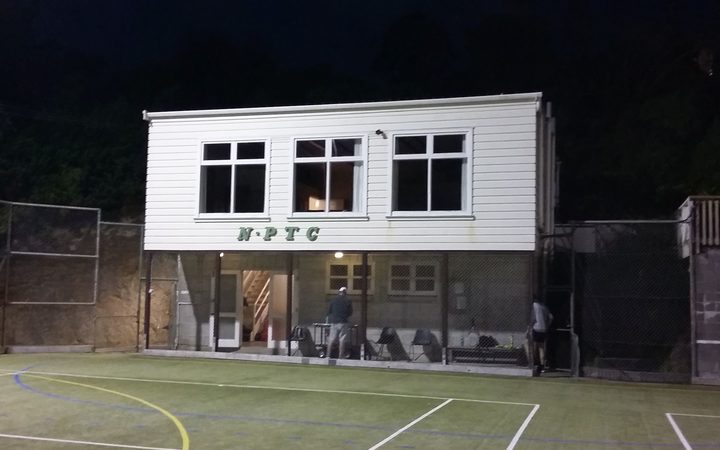 The Newlands-Paparangi Tennis Club could be my playground for a few years. Photo: RNZ / Bridget Tunnicliffe

I've never understood people who don't like a single sport. I believe there is a sport out there for everyone.

I also don't understand those who don't have any competitive streak, nor get a sense of satisfaction out of hitting the living daylights out of a ball, pulling off an unlikely intercept, or nailing a goal.

That's exhilarating to me.

It's also a thrill to see yourself improve. To remember what it is like to learn a new skill, which is what we constantly do when we're young.

I've since had a few private lessons for the first time in my life, but that's what they do in tennis.

Grant, who's been at the club for 40 years, has been helping me. He says I've got good hand eye co-ordination, probably from my cricketing years. I think my years playing netball and volleyball gave me good footwork and anticipation too.

And even badminton would have given me a feel for the overhead smash.

I am gutted I missed the halcyon days of the 70s, 80s and early 90s, when clubs were really thriving. Barry Teale has been involved in the Newlands-Paparangi Tennis Club for 40 years. Back then they had 68 seniors - now they have just nine.

Barry remembers when people used to form a social life around the club. They used to have a bar but had to give it up when regulations became too difficult. Sundays were the big day before then.

I wonder why I didn't try tennis earlier, although if I did I probably wouldn't be having this much fun now.

This will keep me going another 20 years, at which time I might be ready for lawn bowls.