A campaign to clean up politics and encourage citizens' participation has garnered some support at a demonstration in Wellington. 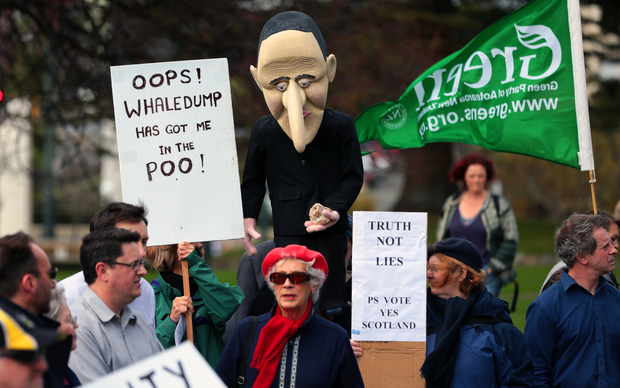 About 60 protesters gathered at the steps of Parliament to show support for the cause today.

The rally was organised by Wellington woman Melinda Gamlen who was prompted into action after reading Nicky Hager's book Dirty Politics.

Mrs Gamlen told the crowd she wanted to see a Royal Commission focusing on the Prime Minister's office, which was met by loud cheers.

She would also like to see stronger laws promoting freedom of information and political participation.