He has ruled out holding a Royal Commission of Inquiry, but said witnesses would be compelled to give evidence under oath.

Opposition parties want a broader inquiry, but Mr Key said that was not warranted. He said the opposition are trying to make the matter bigger than it is, to smear the Government.

Ms Collins resigned on Saturday after an email surfaced suggesting she had tried to undermine the-then Director of the Serious Fraud Office, Adam Feeley, in 2011, which she denies.

"We're not going on a witch hunt, we're going on a genuine attempt to understand whether there was any inappropriate behaviour by a minister."

The Labour Party is to lay a complaint with the police in relation to Judith Collins' resignation.

Police said they could only consider matters of alleged offences of a criminal nature.

They said they would monitor the progress of any relevant inquiry for matters which may become of interest from their perspective.

Labour's leader David Cunliffe said they will write to the Police Commissioner stating that they respect his operational independence, but believe there are grounds for an inquiry.

He said it will set out Labour's views about potential breaches of the law that may have occurred and ask the police to consider mounting an investigation.

Labour not being consulted

Mr Cunliffe said he would expect to be consulted by the Prime Minister before the terms of reference for the inquiry are released, and the party would seek a broad inquiry with the power to look across government on related issues.

However Mr Key said he would not be consulting Mr Cunliffe over the terms of reference - which he will announce tomorrow. 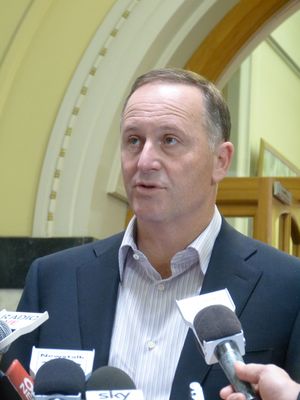 Opposition parties have been calling for a wide-ranging Royal Commission into links between National ministers and Cameron Slater but Mr Key said it was his guess the inquiry would look only into the Judith Collins matter.

Senior Labour MP Grant Robertson told Radio New Zealand's Morning Report programme the 17,000 Hanover investors who lost savings deserved to know what was going on and others needed to know more about matters raised in the book Dirty Politics. "New Zealanders deserve a full Commission of Inquiry where witnesses are compelled, where evidence is subpoenaed, because otherwise we will not get to the bottom of the culture of politics that's going on here," he said.

The SFO had carried out an investigation into the failed company Hanover Finance, however today its former head Adam Feeley said said no decision was ever made on an investigation based on what bloggers were saying.

Mr Key told Morning Report he was considering preliminary advice about what kind of inquiry will be conducted and it would probably be tomorrow when he announces its terms.

The prime minister said if it was true that the minister responsible for the SFO was undermining the head of the office, then that would be very serious. "But I'm not responsible for what Cameron Slater and all these other people do because anyone who knows Cameron knows he does his own thing and deals with many people."

"Then I don't think there can be any question of political interference and I think that most New Zealanders trust the police and see them as the right body to look into these matters."

Former Prime Minister and constitutional law expert Geoffrey Palmer has added his voice to calls for a Royal Commission of Inquiry over allegations against Ms Collins.

"These things are going to have to be looked into at some point because they are so serious and it will be necessary to clear the air and have some finality."

Public law specialist Mai Chen said the speed at which the Prime Minister has indicated he will finalise the terms of reference for the inquiry is unusual. "Terms of reference take quite a while to set up and the Act makes in clear he should consult with the people who are going to undertake the inquiry, and that is appropriate."

The allegations against Ms Collins came after someone passed on an email to Mr Key's office. The email from Cameron Slater talked about a campaign which involved leaking information to and from the New Zealand Herald to undermine Adam Feeley. 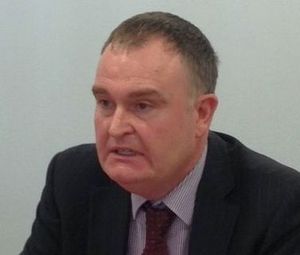 State Services Commissioner Iain Rennie said Ms Collins never made any comments to him which indicated she wanted Mr Feeley to resign.

But New Zealand First leader Winston Peters said it was too soon for Mr Rennie to try to clear Ms Collins.

"He could not possibly have done a thorough investigation before he made that statement, he simply hasn't had enough time and I frankly think it's an issue so ask what his role is and what does he think he's doing?"

Nicky Hager, the author of Dirty Politics, said the Judith Collins matter allowed Mr Key to continue to denying the wider issues in his book, including the role his office has played in supplying information to Cameron Slater.