India cricket fans who had gathered to support their team at the ''Indian fanzone'' in Christchurch last night were clearly disappointed at their team's loss to Australia. 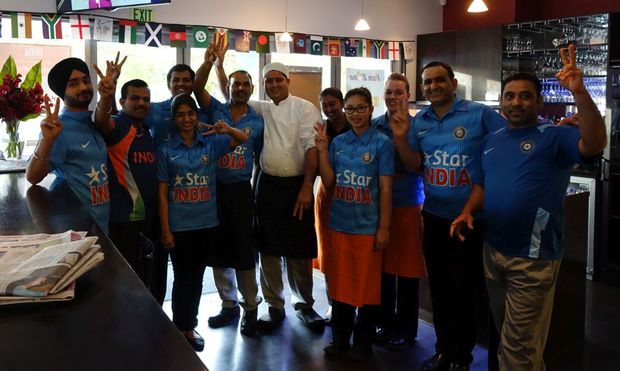 India fans congregated at a suburban restaurant, Little India in the suburb of Merivale, for the semi-final match between Australia and India.

The restaurant was adorned with flags, posters and cricket bats in anticipation of a thrilling game of cricket.

Chefs and waiters wore blue India shirts and the odd worker at the busy restaurant could be seen glancing up at the television screen, instead of concentrating on pouring drinks.

What eventuated was not so thrilling for Indian fans, with most leaving the restaurant after than less an hour into the Indian innings in the match - which Australia eventually won by 95 runs.

He said he would have loved to see New Zealand and India in the final.

"We don't mind if India loses and New Zealand wins...but it would put us in a sort of dilemma about who to support.

"We have a common enemy [Australia]," he said.

He said Brendon McCullum had gifted the restaurant 10 shirts for staff to wear during Black Caps games and said he classed himself as both an avid Indian and New Zealand supporter.

Cricket fan Darren Tekoeti, who plays for Heathcote Cricket Club, and his wife eat at Little India once a week.

But this week he had a secret, which he was keeping from Mr Pallippat.

"I'm hoping the Aussies can take this...don't tell [Mr Pallippat] though because I probably won't get my meal," Mr Tekoeti said.

Three Sumner Cricket Club players were backing India because the last team they wanted the Black Caps to face in the final was Australia.

Dave McConnell said he wanted India to win "because they've had a really bad season against Australia".

Nick Ward said the Black Caps had a "better chance against the Indians".

He remained positive about Indian's chances of winning throughout the game.

But as for who he would have supported if India had ended up in the final with New Zealand?

"That's a tricky question," he said. 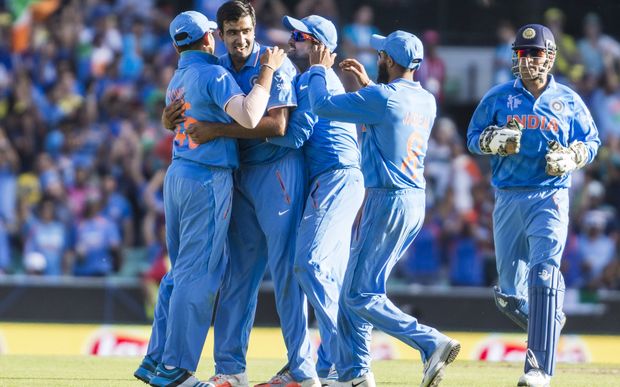 A table of young India fans showed up for dinner just before 10pm to witness Australia put a dent in the Indian batting line up through some early wickets.

They left as soon as they had finished eating.