Police are investigating how a man breached lockdown by travelling from Whangārei to Queenstown via Wellington without the necessary travel documents. 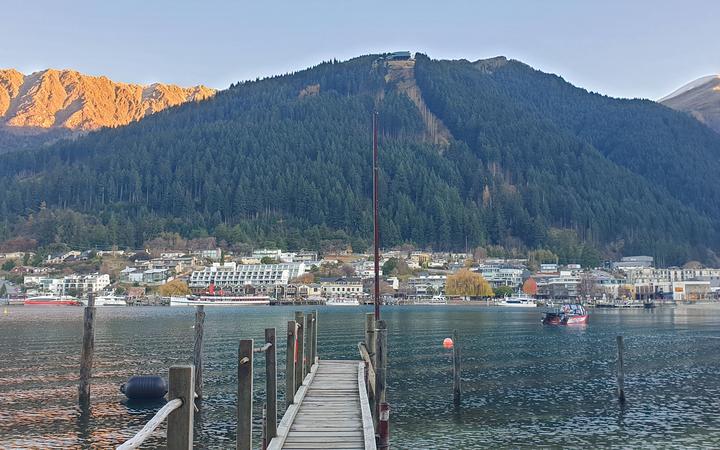 The man flew from Whangārei to Wellington on a commercial flight on Saturday.

He stayed overnight at a hotel near Wellington Airport on Saturday night before flying to Queenstown on Sunday morning.

Police confirmed the man was travelling for employment but did not have the necessary documentation to allow him to leave Whangārei under alert level 3.

He is now self-isolating in Queenstown.

Police are supporting the Ministry of Health to trace the man's movement.

It's unknown what his vaccination status is or whether he has been tested and received results.

The Aviation Security Service previously confirmed three teams of aviation security officers from Auckland had been been providing security assistance at Hamilton, Whangārei and Kerikeri airports following the shift to alert level 3.

The team in Whangārei started mid-afternoon on Saturday - the same day the man travelled to Wellington.

Their primary duties were to provide a visible uniformed presence, check travel documentation and that their reason for leaving meets the necessary criteria, and to assist and monitor people travelling out of the three airports.

Whangārei District Airport manager Michael Chubb said he was called by aviation security on Friday evening after the announcement that Northland was moving to Alert Level 3.

He was told that a team of aviation security officers were being deployed to assist under the alert level change.

The team arrived on the first flight from Auckland on Saturday, landing just before midday.

There were two direct flights from Whangārei to Wellington - one at 12.25pm and another an hour later that both came in from Auckland.

The man was understood to have been on the first.

Chubb said the man would have checked in before they landed.

The airport now had passenger and travel document checks at the airport's entrance with Chubb describing it as a gauntlet.

"Nobody goes in without a ticket to fly and they don't go in until they've been seen by aviation security," he said.

"But the very first flight, yeah, might have been a couple holes in it."

He confirmed there were police on the ground before the aviation security officers arrived.

The Ministry of Health confirmed the man was tested on Tuesday as a precaution and received a negative test.

The ministry said it would not be taking any further action and would not comment on an individual's vaccination status.

"It is crucial everyone adheres to alert level restrictions to stop the spread of Covid-19."

Prime Minister Jacinda Ardern said work was underway to understand how the man was allowed to fly without the appropriate documentation.

"Unlike Auckland and others where you have the AvSec (Aviation Security) staff, not all our regional airports have that usual staffing that can quickly change up their approach in order to ensure that we are doing that documentation check," Ardern said.

"I don't necessarily have the full picture as to whether that contributed to the issue here."

When asked about gaps in regional airports, she acknowledged there would need to be stricter checks.

But first and foremost, Ardern said people were asked to follow the rules which they were doing without having to be stopped and checked.

"But yes, one of the things we will need to ensure in the future if we're using for any reason localised lockdowns, is just as part of our checks to ensure that we are undertaking some of that at each airport."