The Covid-19 crisis in Papua New Guinea is deepening, as the country's main hospitals are increasingly swamped by cases. 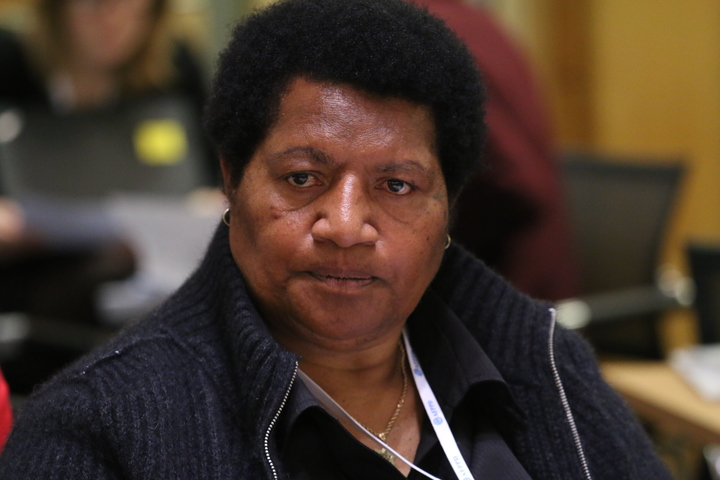 With the government having decided earlier this year that the country must learn to live with the virus, health authorities also scaled back testing and reporting on cases.

The result is a silent health disaster steadily unfolding around parts of the country such as the heavily populated Highlands region.

Since PNG's first reported case of it in July, the Delta strain of Covid-19 has been largely left to fester and spread. The capital Port Moresby is undergoing a third wave of the pandemic, and the strain on its health system is mirrored in several provinces.

Health authorities say deaths from the virus are being recorded at Eastern Highlands province's main hospital in Goroka every day, prompting a two week lockdown from today, in a bid to stem the surge.

Local environmentalist Anis Tairo said since the surge began about a month ago things had quickly come to a head in the main urban areas, Goroka and Kainantu.

"For the first couple of weeks people were not taking anything serious. They were just walking around in groups, not wearing masks. It's very typical. We have the social attitude of gathering together, moving around together, eating together.

"And because of that, the provincial government or the national government, has had to start the lockdown so people can be isolated or stay home."

Former provincial governor Julie Soso said reports from parts of Eastern Highlands of a spate of deaths coincided with the hospital becoming full.

"For the hospital itself, it's really stressed. Mi sori for our health workers there, because a lot of them are down. They're showing signs of Covid, mild and moderate Covid. So they are treating themselves and we are downstaffed." 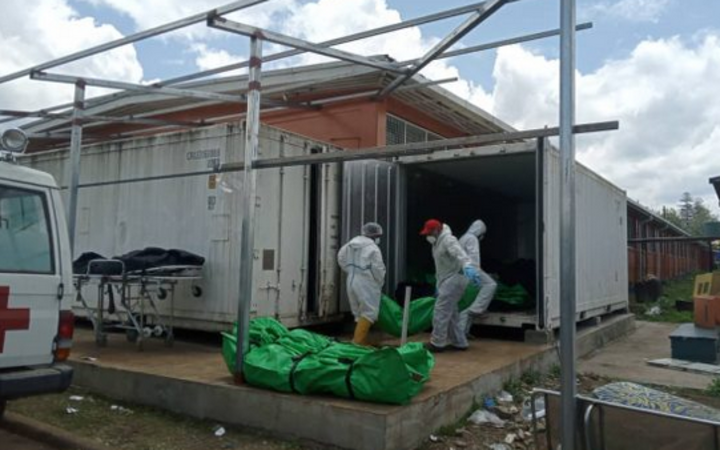 It's a similar situation in Western Highlands province, where another of PNG's main hospitals has had to cut back services to focus on the Covid-19 surge.

Mt Hagen Hospital emergency physician and Covid-19 response clinical lead John Junior McKup said they recently re-purposed two wards to boost capacity for Covid-19 patients from 40 to 56. But he said even then, it was not enough.

"Like last week our biggest hit was ... we had about 90-plus positive patients turn positive in a day. Regularly the numbers have been like 50 or 60 positives in a day. But we're sending home all the mild and moderate cases to self-isolate at home. We're keeping all the severe cases only in the hospital."

The National Pandemic Response Controller's office last week put the confirmed number of cases at almost 22,000 and known deaths at 243, but testing is so low as to make such statistics misleading.

Dr McKup said in the three weeks to last Friday over 800 positive cases and 22 deaths from Covid-19 were recorded in Western Highlands, with the number likely to have increased further since then.

Tairo said the rise in deaths had been frightening for his family, who he had told to regularly employ steam inhalation as a method to ward off illness.

Soso said many local people had been using the steaming method to respond to flu or cold type symptoms in the pandemic. 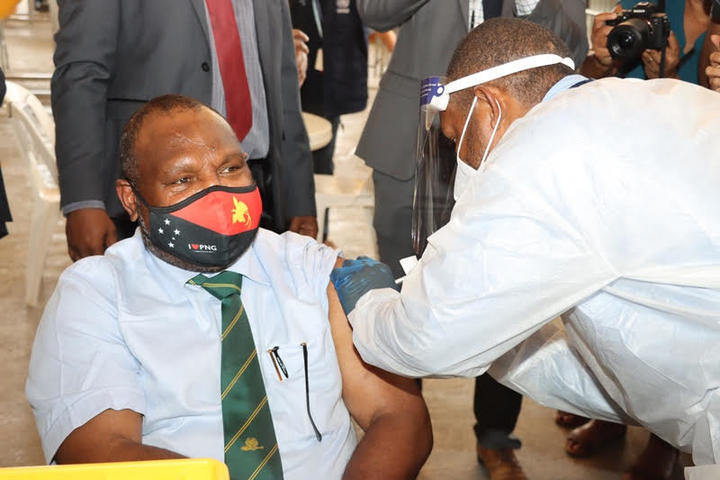 One of the few: PNG's Prime Minister James Marape was the first in his country to get the AstraZeneca Covid-19 vaccine, 30 March, 2021. Photo: PNG PM Media

Although the public health response to Covid-19 has not gone smoothly so far in PNG, Dr McKup said the best way forward for the country, and for its beleaguered hospital system, was clear.

"We need lots more people to get vaccinated so they don't come and need the hospital beds," he said.

"We've seen an increase in the number of people coming in to get vaccinated after this wave. But still our numbers are quite low, even among healthcare workers as well. So we're pushing people to get vaccinated so they don't need an admission."

But health authorities say only about 2 percent of the population has been vaccinated to date.

"They can't believe yet in the vaccines, because of all these kinds of rumours and confusions that people are creating in the Facebook, and creating in the radios," she said.

"People are really discouraging one another to go and get the vaccine."

Meanwhile, Soso confirmed that rumours of her death from Covid-19, as propagated recently on social media in PNG, were false.