In an effort to boost vaccination rates the Taranaki District Health Board is adding a bit of sizzle to help make getting the vaccine a bit more appetising. 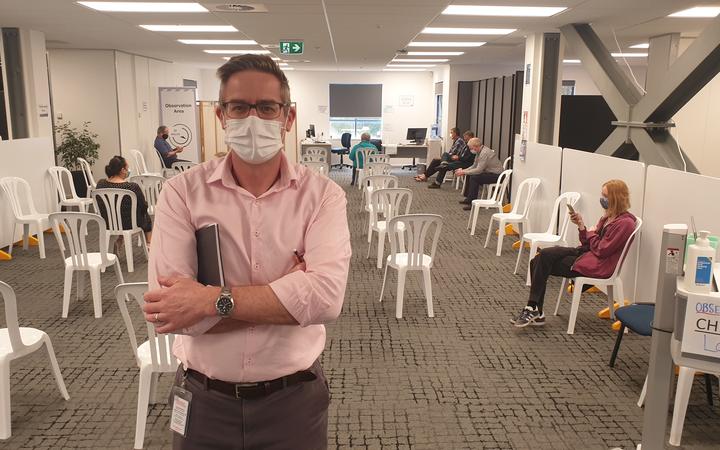 Tomorrow anyone who turns up for a shot at its New Plymouth clinic between 7am and 9am will be able to get a shot without an appointment and be treated to a bacon buttie for their trouble.

Taranaki has the lowest vaccination rate in the country.

As of 14 September, only 28 percent of the eligible population was fully vaccinated, while 61 percent had had at least one shot.

A mass vaccination event at the New Plymouth raceway over the weekend delivered only 342 jabs when it had been hoped to give 2000.

The region's Covid-19 vaccination programme head Bevan Clayton-Smith said those stats were not the motivation behind the bacon-buttie initiative, but if the rashers helped get people vaccinated he was all good with that.

"We've got a very clever bunch of people working in this group and I guess it's just generating a whole bunch of initiatives and ideas to look at how we can maximise every opportunity for people to get vaccinated.

"To provide that opportunity and maximise what we can offer in terms of protection against Covid and the Delta variant."

Clayton-Smith said the DHB was going the whole hog.

"And look it might be a case of buns on the run. You just never know where the bacon buttie might end up next week or the week after.

"We're just going to try it and see how it goes, you know. We are going to explore everything we can do to ensure that we've got broad coverage across Taranaki."

And if bacon's not your thing, don't worry the DHB's cupboards are not bare yet.

"That might not be everyone's taste so what's coming up will be a smorgasbord of ideas and initiatives until the end of the year so we can maximise every opportunity.

"So there's more to come, we've got plenty more in the pantry and this is our bread and butter so we know what we are doing."

The aroma of bacon piqued the interest of most people on Devon Street.

Shaun was a fan of the idea.

"I think it's a pretty sweet deal. Get in there and get it done."

Bevan was yet to get vaccinated and bacon was swinging the deal.

"A bacon buttie has sold me. I'm there." 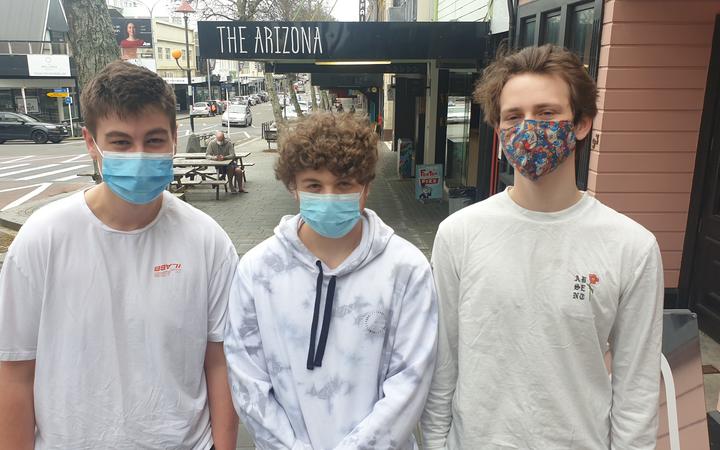 New Plymouth mates Zane, Javaan and Jonty reckoned a bacon buttie might just be the incentive for them to get vaccinated. Photo: RNZ / Robin Martin

But not everyone was a fan.

A woman who preferred not to be named was worried about the health implications.

"I don't think it's the right incentive. I think it should be something a bit healthier."

While it missed the mark completely for Thomas.

"As a vegetarian, it doesn't really bother me too much, mate."

But spare a thought for Mark Simpson who turned up for his pre-booked vaccination today - sans bacon buttie.

"Oh that's okay, mate. This was booked six weeks ago so, you know, it is what it is ... but I wouldn't mind one now though because I haven't had lunch ... perhaps I'll have a word."

As part of its efforts to bring the vaccine to the people the Taranaki District Health Board's rural outreach team is beginning a round-the-mountain tour next week.

Its mobile clinic will visit Whangamomona in East Taranaki on Monday and complete a 14-stop circuit at Mimi in the north on 30 November.