Kaiwahaiki Pā sits on the lower reaches of the Whanganui, just as the river breaks from the towering bush-clad valley and the deep dark water ambles towards the sea. 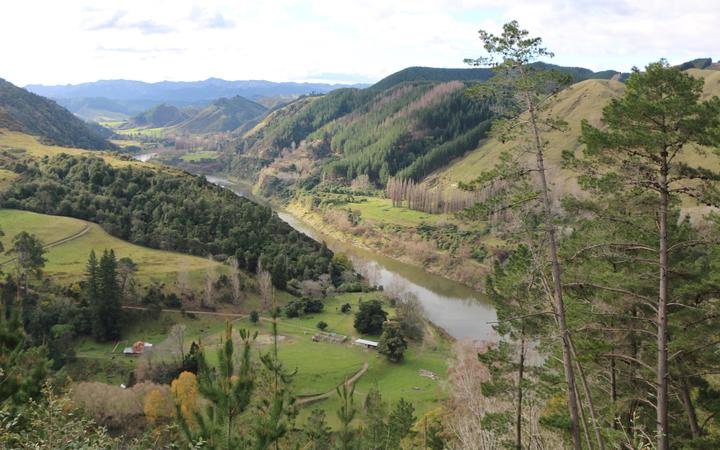 It's tucked on the riverbank at the end of a winding road, with about a dozen homes, a kohanga and, nestled beneath the bare winter willows, a unique double-arched wharenui.

It was here last week that residents gathered at the marae-turned-health clinic for the first day of an effort to vaccinate one of the most remote reaches of the North Island.

But while the arrival of the Pfizer vaccine in this isolated valley is being hailed by health services, they concede they're having to work hard to get people to actually sign up for it.

"There has been hesitancy and there still is hesitancy," said Wheturangi Walsh-Tapiata, the chief executive of iwi health service Te Oranganui, which is managing the rollout. The reluctance was not so much staunch anti-vaccine sentiment (although that did exist), but rather uncertainty about the unknown, and concerns about safety and efficacy, Walsh-Tapiata said. 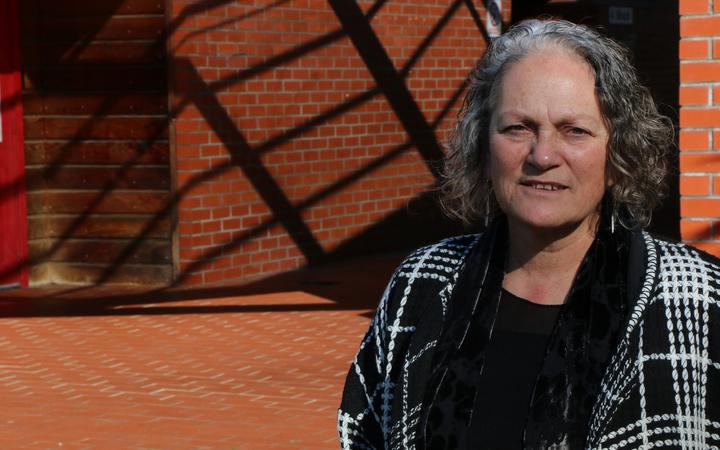 The settlements that dot the deep valley along the snaking awa - Ranana, Atene, Pipiriki, Koriniti, Hiruhārama - are isolated and populated mostly by kuia and kaumatua. Many others suffer from pre-existing conditions like asthma.

That makes them extremely vulnerable, the chair of the Kaiwhaiki Marae Trust Kahurangi Simon said.

When Covid-19 reached these shores last year, the local iwi was quick to act, "taking the bull by the horns", Simon said.

"They were definitely the vulnerable ones," he said, referring to the local population. "It was important to provide as much as we can to make sure that they're gonna be safe and continue to contribute to our pā, to our legacy, and protect our whakapapa." 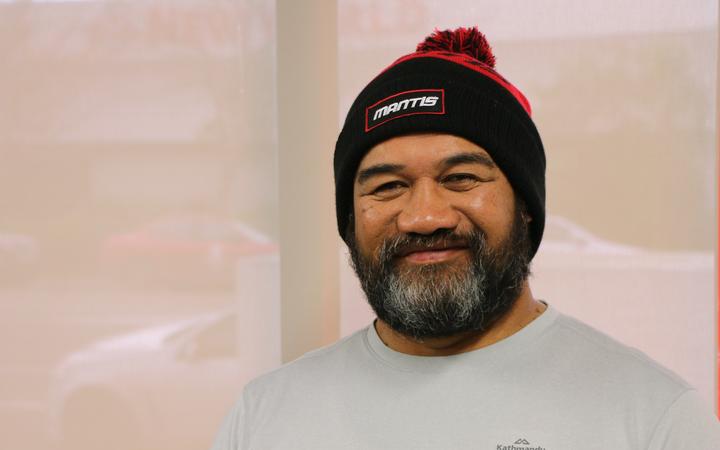 With that in mind, marae were closed early and bubbles quickly formed, the River Road was sealed off by roadblocks, with only residents allowed access. Up the valley today, signs are still nailed at marae entrances.

"In order to protect our elders living here, the marae is closed to visitors until further notice," read one pinned outside Koriniti Pā. "With much respect and appreciation, we do hope you understand." 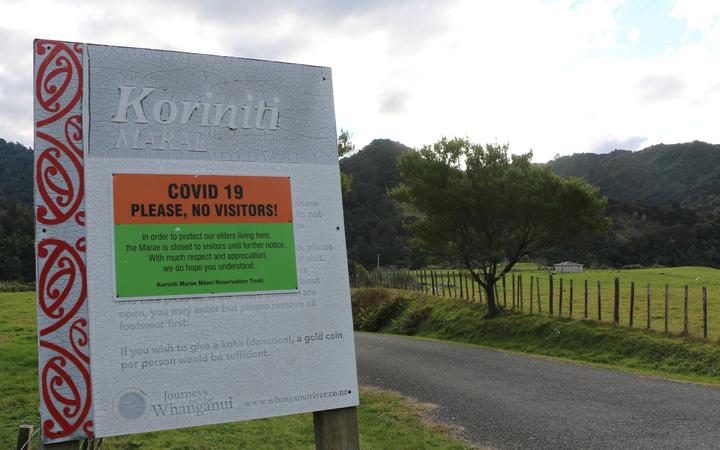 Graves a reminder of past pandemics

They had reason to be worried. Go a short distance up the road from Kaiwhaiki to the nearby urupa, Simon said, and the devastating toll of past pandemics is laid bare.

"We have a whole lot of unmarked graves within our main urupa that we know that a number of our people died from the influenza," he said, referring to the 1918 influenza outbreak that disproportionately killed Māori, including these settlements on the Whanganui River.

But with the vaccine now here, the urgency seen last year seems to have waned, Walsh-Tapiata said.

She said her staff were trying to use their connections up the valley and word-of-mouth to boost numbers. They were spending weeks holding talks and information sessions, well before they loaded up vans with vials and needles and head up the winding River Road.

"We always knew we would have to go to them so that's really core, rather than them travelling one or two hours down the river on roads that aren't ideal to come and get their Covid vaccines," Walsh-Tapiata said.

It is those conversations, she said, that were proving to be the most useful tool in breaking the hesitancy.

It was a cold but calm Wednesday evening when a team from Te Oranganui rolled into Ranana, about an hour's drive up the gut-churning Whanganui River Road. 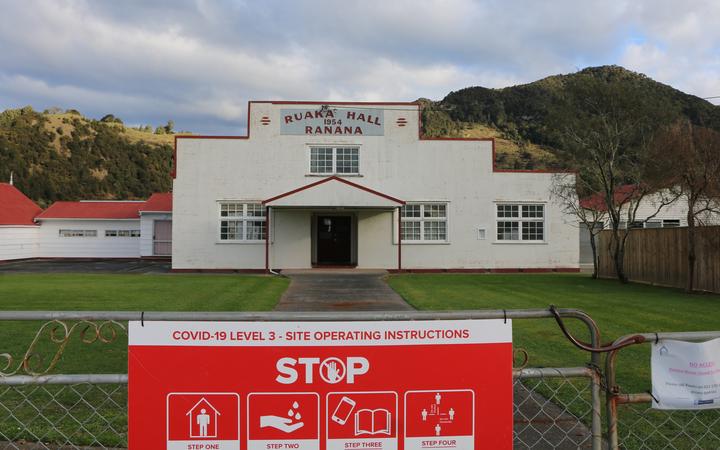 The sun was disappearing behind the bush-cloaked hills that tower around the village. Columns of smoke wafted from the rickety chimneys on the mossy weatherboard homes, the locals gearing up for another frosty night ahead.

The team had came for another information session. About a dozen curious kuia and kaumatua emerged from their houses, wrapped in their fleece and beanies, and shuffled up the hill to the kura kaupapa.

It served as a whānau catch-up as much as a vaccine session. But that was the plan. Make it natural, comfortable, homely. Wait for the chatter to roll through; it was minus one degree this morning, said one person to another whose water tank had frozen over; how are the mokos? Who's been up to mischief?

But once through that the korero turned to vaccines. The crowd of a dozen fell into a focused quiet as Te Oranganui canvassed issues like what Covid-19 is, what the vaccine is, how it works, how does it fit with tikanga, and a swathe of other information. 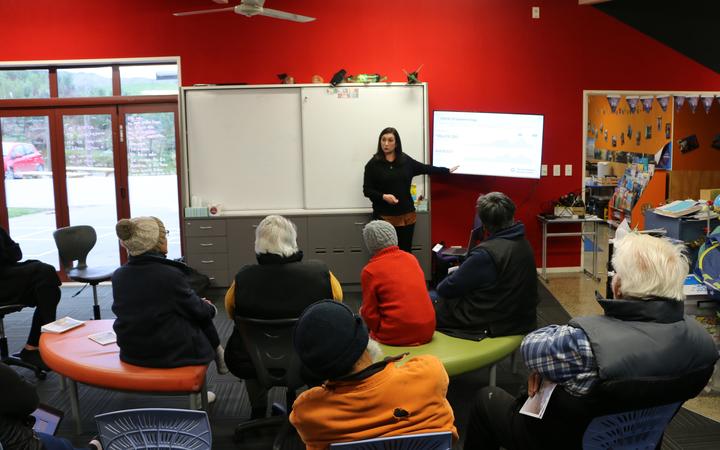 Then came the many pātai. Would it affect medication; are there any side-effects; how do you convince whānau, particularly if some aren't interested; and - importantly - would sore arms affect the marae working bee in a couple of weeks (it shouldn't, they were assured).

"I just wanted to clarify, just come along and have a listen to see what it's all about," said Francis Pauro, a Ranana local. "All you hear is Covid, Covid you know and the vaccines. So I thought I'd come to someone who knows about it, 'cos I know a lot of people, they're pretty anti to it."

Pauro had already decided he would get the vaccine, wanting to visit mokopuna in Australia. But he also wanted a layer of defence.

"A lot of Māori, they're the ones that suffer. If it comes around here it'll probably do the same thing."

The questions and answers took well over an hour, as night spread across the Ranana sky and the mist started to march down the mountains, tangling around the ngahere and down on to the river's still emerald waters.

Then, finally, the signup sheet was passed around, and the crowd determined when they wanted a clinic to come to town. They decided on 9 August, at the newly refurbished marae. It would be at 11am, because "the ice should have melted by then".

Mary Potaka, who whakapapa's to the area and works as a community liaison for Te Oranganui, said such sessions were proving hugely important in helping people overcome any reluctance, way more than initially expected.

"Now I can see it disappearing," she said. "Now they can see that it's not something that's going to be bad for them." 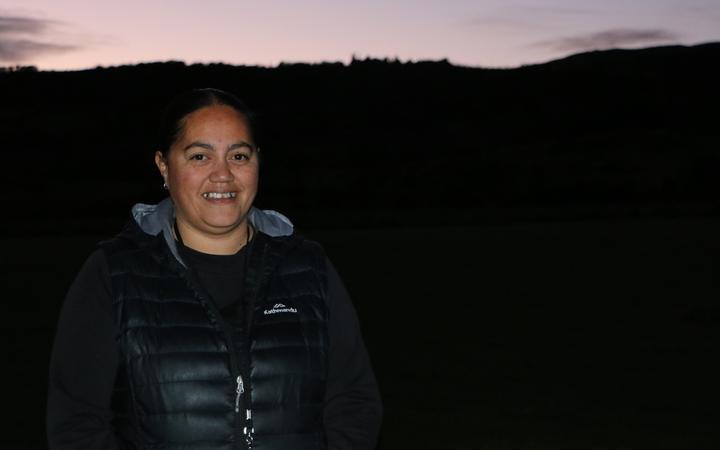 That's a pattern also seen by Gerrard Albert, the chair of Ngā Tāngata Tiaki o Whanganui, the post-settlement entity for Whanganui iwi. He said iwi sessions had proved more useful than any government campaign, or officials who are rarely seen in the valley.

"Our people trust our own, it's easier for our people to relate to the way in which they present themselves," he said. "Up at Kaiwhaiki it was like, 'oh, you're my niece, your mum's my cousin,' all that sort of thing. It's a lot more of a relational way to get the vaccination message out there."

Change of heart for reluctant starter

It was exactly that which made Kahurangi Simon come around. He was initially reluctant, he said, having lived a healthy life without an annual flu vaccine, for example, and concerned about how quickly the vaccine had been developed.

But talking to hapū helped him change his mind.

"I'm a grandfather now, and so I was looking at them and thinking, am I being responsible?" said Simon. "Will I be here long enough to continue to protect them as much as I can?

"Based on that, my wife and I were sort of pretty clear in our minds, making sure we're being good tupuna."

And that decision seemed to be encouraging others, he said. While the uptake at last week's clinic at Kaiwhaiki was less than he would have liked, about 30 people he estimated, his experience had encouraged others to come forward. There were last minute walk-ins, he said, and plenty more had signed up for the vaccination at the next clinic in a few weeks.

"After going through it last night, a few more are wanting to come through to the next clinic," Simon said, sporting a fresh Band-Aid on his bicep.

"I'm not sticking to magnets, I'm not showing up on my phone." 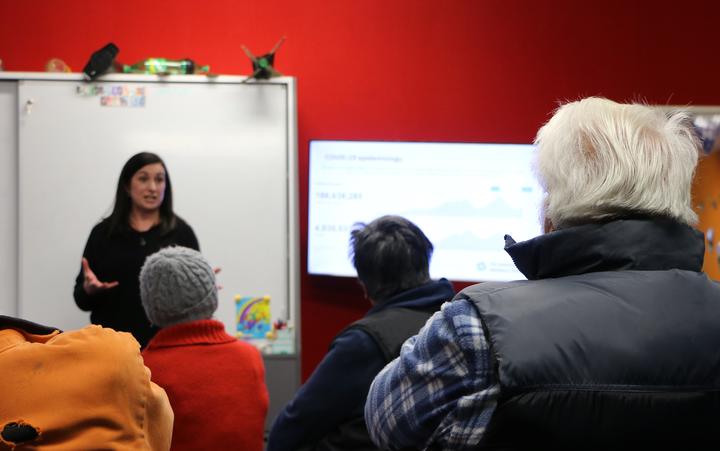