The government says it was right to wait nearly a week before telling the public about a managed isolation worker who had not had a Covid-19 test for months. 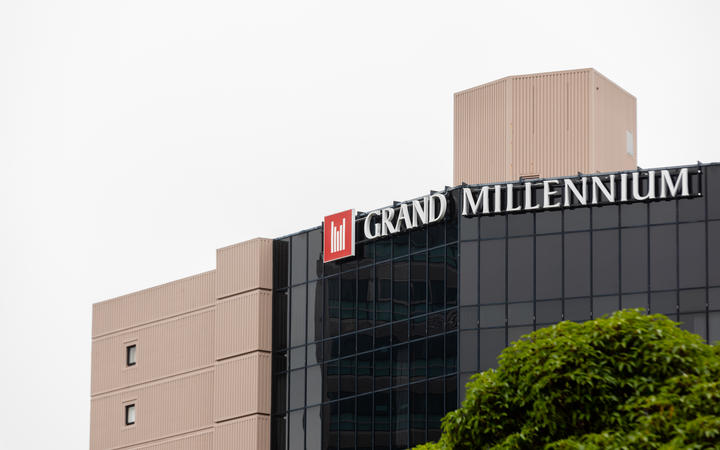 In April it was confirmed a security guard at the Grand Millennium infected with Covid-19 had gone five months without a test. Photo: RNZ / Dan Cook

In April it was confirmed a security guard at the Grand Millennium infected with Covid-19 had gone five months without a test despite a requirement for fortnightly testing.

Newshub reported the government knew for nearly a week and said nothing despite repeated questions.

Covid-19 Response Minister Chris Hipkins said there was conflicting information about whether the guard had been tested and the government was right to wait until they had the facts.

"This was a case that was under investigation, and there was conflicting information at the time.

"There were some difficulties in communicating because this person, who was very stressed at the time, English was their second language, an interpreter was working with them to get relevant information.

"An investigation was taking place.

"I wasn't willing to go public with a suggestion that they hadn't been tested when there was a possibility that they could have been tested, and indeed the information they were supplying suggested that they had been.

"Before you go out there and put information out in public that suggests someone has been deliberately evading their testing, then actually you want to be on firm ground before you do that."

Since then public health order signed by Hipkins has come into effect, making mandatory for all MIQ employers to use the Ministry of Health's national testing register.