Insulting and inappropriate, that's the response to the New Zealand High Commission twitter plea for oxygen cylinders to treat a seriously sick staff member with Covid-19. 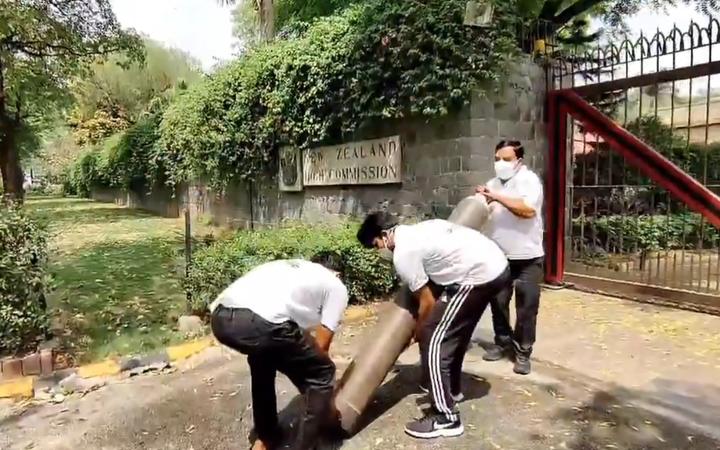 It comes as the Foreign Ministry this afternoon confirmed a number of locally employed personnel at the commission have contracted the virus - with one falling seriously ill.

The Hindu newspaper is reporting a number of foreign embassies' staff have become infected with the virus.

Hospitals are overwhelmed and there is a dire shortage of oxygen and other medical supplies.

During the weekend a desperate plea was made on the New Zealand High Commission's social media asking for oxygen canisters.

It was directed not at the Indian government but at the youth wing of the main opposition party - the Indian Youth Congress. 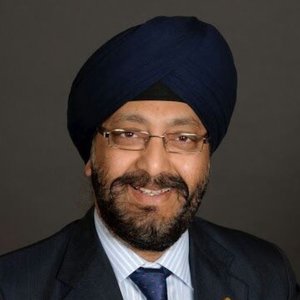 "They feel that this is not acceptable. Whatever has happened is it is unfortunate and people are really upset."

The High Commission quickly deleted the tweet - saying it was sent in error - and apologised to the Indian Government.

"Tweeting and sending the message to the opposition and trying to politicise [the situation] ... that is not fair. I would say that that can hamper the relationship between India and New Zealand.

He said "strong action" should be taken against the person who sent the tweet, and that Foreign Minister Nanaia Mahuta needed to personally apologise to her Indian counterpart.

Auckland Indian Association President Dhansukh Lal said it was totally inappropriate to go to the opposition political party to get medical help.

"There's lots of other patients requiring oxygen at the moment and they should have gone through the proper channels. I don't think that that was the right way of doing it."

The Foreign Affairs Ministry this afternoon confirmed "several" locally hired staff in Indian High Commission compound were infected with the coronavirus - one was seriously unwell and needed oxygen.

The ministry said it had set up "some limited care" to provide treatment and isolate the unwell staff within the compound.

RNZ's questions about how many staff are infected, and why they're being treated inside the mission rather than in a proper health facility, went unanswered.

Dhansukh Lal said the government needed to come clean about what was happening inside the compound.

"We'd love to know more, how serious this situation is for them to request for this sort of help."

Victoria University Emeritus Professor of History and former director of the New Zealand India Research Institute Sekhar Bandypodadhyay said the BJP government had been criticised by foreign governments and the media about its response to the virus and it was becoming increasingly sensitive.

"It was possibly diplomatically a kind of blunder which could have been easily avoided.

"But I think that the government of India will put it in proper context, particularly in view of the apology which has already been issued from the Ministry of Foreign Affairs and Trade."

Bandypodadhyay said the New Zealand-India relationship was strong and the incident would not have lasting damage.

Ardern said it was not appropriate to take disciplinary action against the staff member who had sent the tweet.

The person was under incredible pressure, the locally employed staff member was critically ill, and she could "only image that would have felt like a desperate situation".

Nonetheless, tweeting for help from the opposition political party was not the right thing to do.