Portable cabins could be used to house hundreds of people left homeless by flooding and slips in Napier last week. 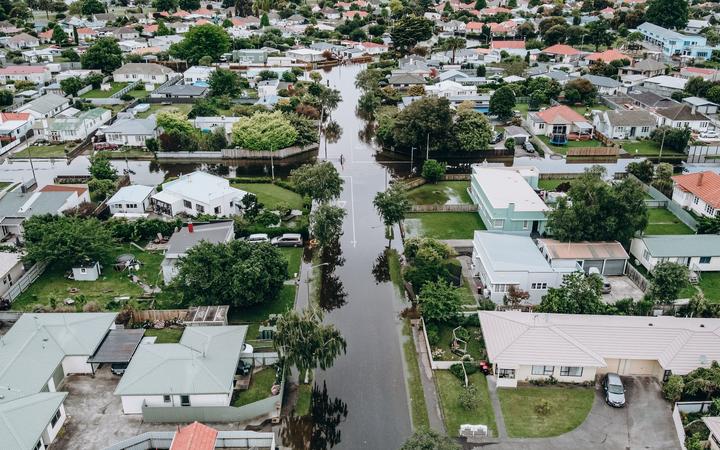 Some are losing hope of finding a rental as the market dries up in Napier after the floods and Covid-19 crisis. Photo: RNZ / Dom Thomas

A hundred homes were left uninhabitable after last Monday's storm, and 173 people were forced to move to emergency accommodation at Kennedy Park Resort and in motels in Hastings. Many more are staying with friends and family.

Three staff from the Ministry of Business Innovation and Employment's temporary accommodation service were working in Hawke's Bay to find them longer term accommodation.

"We do have portable cabins, we have a fleet, which we call our strategic reserve, which is waiting for deployment and they are specifically built to be deployed following a civil defence emergency. But they can be put alongside a person's existing dwelling if it was suitable and the council approved, or they could be put on a parcel of land."

Such cabins were used after flooding in Edgecumbe, Rotorua and South Dunedin, she said.

An analysis of the housing market was being carried out so officials had a full picture of what was available, but it was also important that those struggling to find accommodation contacted the ministry because they could help, Shanahan said.

People can register for the ministry's help in finding temporary accommodation online or phone 0508 754 163.

Rental crisis: 'There is just no housing basically'

Napier's rental market, already crippled by the pandemic, has worsened after the floods left many wondering where they would live.

As of yesterday, there were only 11 properties for rent in Napier on Trade Me.

Agustina Montes, 32, was losing hope of finding a new home after her Ahuriri rental became swamped.

"I remember it started raining harder and I decided to move my car. I never thought the water would come inside, but then it started coming in the garage and then there was 5-10 centimetres of water inside my house."

She was given five days to collect her things and move out.

"I couldn't believe it," she said.

The paediatrician from Argentina was staying with family, but was keen to find her own place as soon as possible as she studied to gain her qualification to practice as a doctor in New Zealand.

She was not having much luck, however.

"On one hand there is not a lot, on the other they are asking $350 to $400 a week for a one bedroom house, sometimes two bedroom."

Earning just over minimum wage as a carer of children with disabilities, she would struggle to pay that rent as well as save. Her lack of a residency visa and rental history as an immigrant also often counted against her when applying for a place, she said.

"There is a real lack of rentals due to landlords coming back from overseas due to Covid. They might move into one and put their children into another. And now with the flooding, there is just no housing basically."

Her own business Hawke's Bay Properties currently had no properties available for rent.

Motel accommodation was also being squeezed further by out of town insurance assessors and trades people working in Napier after the floods.