The British Government is considering a month-long lockdown across England in the hope that measures could be eased before Christmas. 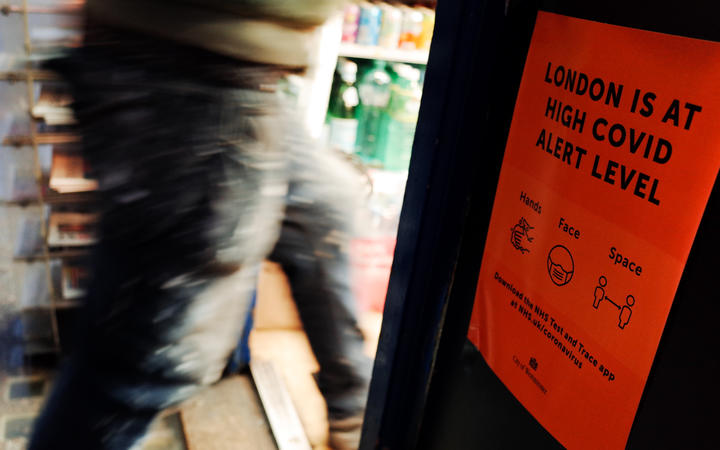 A man passes a notice warning of the current 'high' alert level for covid-19, taped at the entrance to a newsagent on Old Compton Street in Soho in London, England Photo: AFP

A new "stay at home" order could be announced on Monday, with schools, colleges and universities exempt.

Documents seen by the BBC suggest the UK is on course for a much higher death toll than during the first wave unless further restrictions are introduced.

Deaths could reach more than 4000 a day, one of the models suggests.

This figure is based on no policies being brought in to slow the spread of the disease, but most of the models peak at about 2000 a day.

At the height of the pandemic during the spring, deaths in the UK reached more than 1000 a day.

Infection rates are currently soaring across much of Europe, prompting new forms of lockdown in Belgium, France and Germany.

The papers, understood to be part of a presentation by the government's pandemic modelling group SPI-M shown to Prime Minister Boris Johnson, feature several different projections of the likely course of the disease.

All models predict that hospitalisations are likely to peak in mid-December, with deaths rising until at least late December before falling from early January.

And a separate document circulating in government - based on NHS England modelling from 28 October - warns that the NHS would be unable to accept any more patients by Christmas, even if the Nightingale hospitals are used and non-urgent procedures cancelled.

The document warns that south-west England and the Midlands will be the first to run out of capacity, potentially within a fortnight.

These latest papers come after official documents from the Scientific Advisory Group for Emergencies (Sage) revealed that Covid is spreading much faster in England than the predicted "worst case" scenario.

This scenario had estimated 85,000 deaths from Covid during winter.

But in the Sage documents - dated 14 October and published on Friday - scientists estimated that, by mid-October, there were between 43,000 and 74,000 people being infected with coronavirus every day in England.

Their report said: "This is significantly above the profile of the reasonable worst-case scenario, where the number of daily infections in England remained between 12,000-13,000 throughout October."

Scientists advising the government have been arguing for a short, planned lockdown - called a "circuit-breaker" - since 21 September, when there were around 5000 confirmed cases a day.

Labour's shadow business minister Lucy Powell told BBC Breakfast suggestions of a national lockdown had come "too late", as she argued a circuit-breaker over half-term would have been more effective.

Powell said the party had been calling for a circuit-breaker "for a few weeks now".

She added: "The government's dithering on this now means we've missed the half-term holiday when it could have had most impact.

"We could have saved more of the economy and reduced the impact of [lockdown] with a shorter, earlier circuit-breaker that coincided with half term." 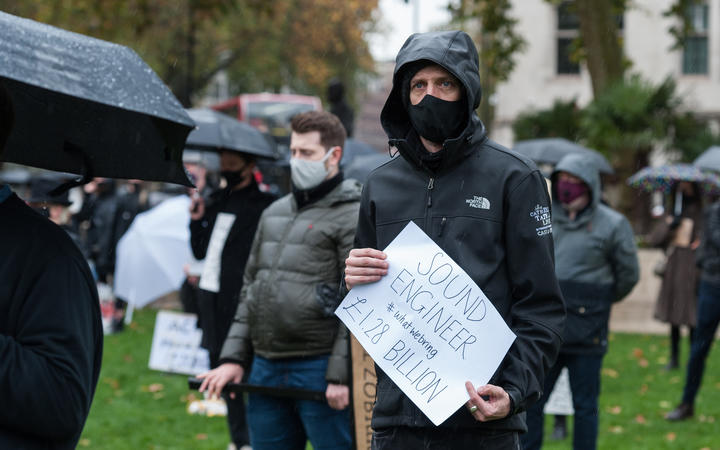 Theatre performers, creatives and technicians gather in Parliament Square to take part in the ‘Survival in the Square' creative demonstration to highlight the plight of live events industry shut down due the Covid-19 pandemic Photo: AFP

But UK Hospitality chief executive Kate Nicholls said a national lockdown would be "absolutely devastating" for her industry.

She told the programme: "If we are to get through another national lockdown in hospitality... then we are going to need significant additional help to be able to get through this.

"People have borrowed up to the hilt, people have spent money in order to get Covid-secure. There is no spare capacity in the tank to be able to fund a lockdown - even for three to four weeks."

Her concerns were echoed by Federation of Small Businesses chair Mike Cherry, who said another lockdown would be "incredibly frustrating" as small businesses and businesses across the UK had "spent thousands" in making sure their premises were safe for employees and customers.

Prof John Edmunds, a member of Sage, confirmed that the situation in the country is worse than the reasonable worst-case scenario produced by Sage.

"We've been significantly above that reasonable worst-case scenario for some time actually," he said.

"It is really unthinkable now, unfortunately, that we don't count our deaths in tens of thousands from this wave."

Asked if restrictions would have to be more severe than the circuit-breaker previously proposed by scientists, Edmunds said: "Decisions are horrible - they are very difficult - but putting them off doesn't make them any easier, in fact it makes them more difficult.

He said that Christmas could be made "relatively safe" if coronavirus cases are brought down sharply with such "stringent" restrictions. 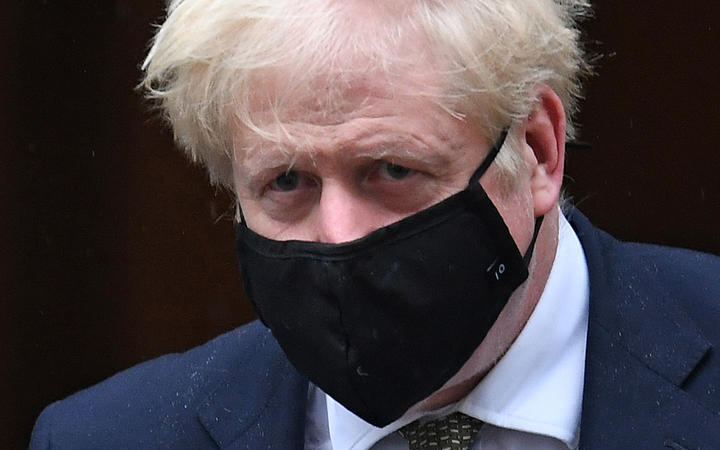 He said a national lockdown, with full compliance, "would see a dramatic fall in hospital admissions" in four weeks' time.

Prof Semple suggested there should be a review at four weeks and there could be a "bit of easing around the festive activities" but that a lockdown would give officials "time to test, trace and isolate processes really up to scratch".

The current estimate of the R number in the UK - the number of people each infected person passes the virus on to on average - is between 1.1 and 1.3, indicating that cases are still growing.

On Friday, 274 deaths were announced, meaning that since the start of the pandemic 46,229 people have died within 28 days of a positive test.

The government's current strategy is focused on local restrictions to control the virus.

Every area of England is now in one of three coronavirus alert categories - medium (tier one), high (tier two) or very high (tier three). Scotland has five levels of restrictions.

Scotland's new tiered system of restrictions will come into force at 6am on 2 November, and Wales remains under a 17-day "firebreak" lockdown until 9 November.

Pubs and restaurants in Northern Ireland were closed for four weeks starting on 16 October, with the exception of takeaways and deliveries. Schools were closed for two weeks.