Small businesses in New Zealand will get a $3 billion boost through tax breaks to help them ride out the worst of the impending economic crisis. 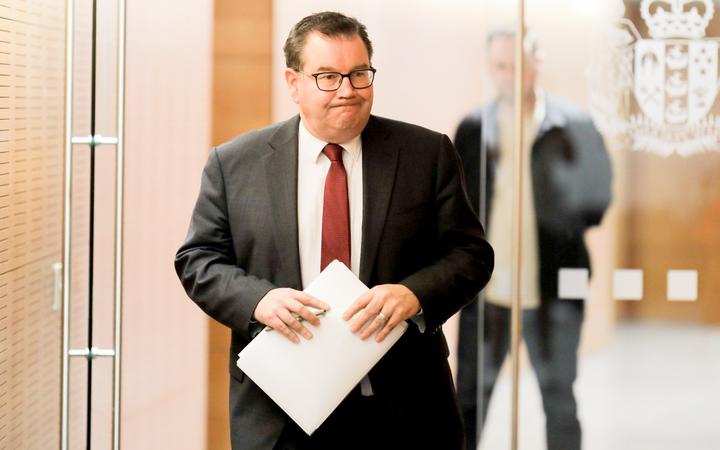 Finance Minister Grant Robertson said the worst-case scenario level of unemployment was not something the government was willing to see happen. Photo: RNZ / Dom Thomas

The latest rescue package comes as the country prepares for a possible lift of level 4 restrictions next week.

Cashflow is one immediate problem, which the government is wanting to help fix through the tax system.

Businesses forecasting losses will be able to claim cash payments against tax previously paid on profits.

The IRD will also have discretion to be more flexible with deadlines, and the law will be changed to take some pressure off commercial rents.

On the broader economy, scenarios that can only be described as alarming have been released by Treasury experts, but no-one can accurately say how bad the damage is really going to be.

All predict a sharp drop in growth this quarter, but the economic recovery is dependent on the level and duration of restrictions, balanced against the size of government rescue spending.

In the worst case economic scenario unemployment soars past 20-percent - that's based on New Zealand being on level 4 for six months and level 3 for another six, with no further government support.

Finance Minister Grant Robertson said that was not something the government was willing to see happen, indicating it could borrow more to shore up the economy.

"Certainly that level of unemployment would not be acceptable to me ... or the prime minister; I simply don't see that scenario playing out."

Robertson: 'There'll be more to come'

Businesses claiming previous tax payments as cash refunds could have the money in their pockets as soon as May, Robertson told Morning Report.

Legislation did not allow commercial rents to be frozen - unlike the six-month rent residential freeze - but government had extended the current timeframe for cancelling a lease from 10 days to 30 working days.

"These are just the next steps on top of what we've already done in terms of the wage subsidy scheme, the business loan guarantee scheme, the mortgage deferral scheme and a recognition there'll be more to come as well as we look to how we support households and firms through the next phase of our recovery."

The government was working now on what would come after the initial 12-week period of the wage subsidy.

"We're working on a package of stimulus that I think New Zealanders will see is about kick-starting the economy.

"Keeping that unemployment level under 10 percent is a really important goal for me. It's going to be hard work.

"I'm not prepared to countenance the idea of unemployment going up around 20 percent."

Robertson would not specify how much more the government would borrow, but repeated the debt to GDP ratio would go beyond the 15-25 percent range previously talked about.

"A number of governments around the world have used the tax system in this way to basically refund prepaid taxes or to use provisional taxes to put money in the hands of businesses, so it's a very good idea.

"But it's unlikely to be wholly effective because the challenge is many of these small businesses that we are talking about that employ plenty of people won't be all that profitable in a normal year so the tax back to them probably won't be enough to stave off the inevitable bad news of closure so probably more needed yet I suspect."

O'Reilly believes the wage subsidy scheme would need to be extended to ensure businesses don't shut down completely.

He said businesses also other costs such as rents and equipment leasing to worry about on top of wages and he believes what the Australian government has done could be implemented in New Zealand.

"The [Australian] government has simply given businesses effectively cash to use as cash-flow and that can be helpful not just in terms of paying the landlord, but it can also be used as collateral for a loan for example, so the idea of simply ... giving businesses some cash to take them through and enabling them to spend it on whatever their big costs are is likely to be the next best thing the [New Zealand] government can do."

While many New Zealanders are getting cabin fever, for many business owners each extra day under lockdown is a day closer to shutting up shop altogether.

Tomorrow they will get a better idea of what kind of activities might be allowed under level 3 but businesses are already desperate to get back to work.

Robertson said the government's approach would be based on the principle of 'what constitutes safe economic activity?' under level 3.

Max Whitehead of advocacy group Small Business Voice said that presented opportunities for maybe a small cafe to start delivery or takeaway service, or a sole digger driver getting on with their work.

"Allow those people who, who are usually business people with common sense, to apply it, and it'll be in their own interest to keep things safe." 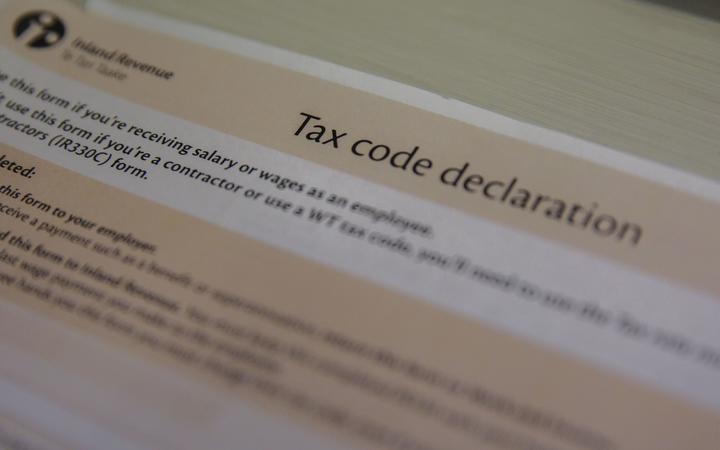 The IRD will have discretion to be more flexible with deadlines. Photo: RNZ / Richard Tindiller

Cabinet ministers will decide on Monday whether to move into level 3, potentially giving the country two days' notice.

Kirk Hope from Business New Zealand said that was workable, as long as there was certainty around the rules before then.

Any business would take the opportunity, Whitehead said.

"Right now a lot of small businesses are just sitting there with him staring into the headlights, they just do not know what to do.

"So I think this will give hope ... if a small business were able to get back on those limited conditions, it's certainly going to put a lot of positive thinking into our society and that's what's going to help us recover a lot quicker."

Council of Trade Unions president Richard Wagstaff recognised the need to reignite business, and therefore jobs, but said personal safety could not be sacrificed.

"To ensure that people are safe from Covid, safe from either catching it and, or passing it on to other people ... unless we do that there will be a real risk."

If that wasn't the case, Wagstaff said, people would be reluctant to return to the workplace