A group of visiting Chinese businesspeople have raised $2.35 million for victims of the Christchurch mass shooting. 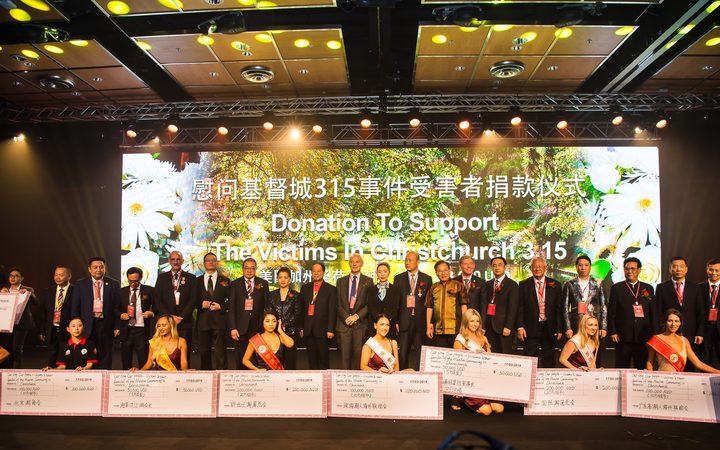 The group were in Auckland at the Teochew International Federation Convention, which promotes business exchange and cooperation, when the incident happened.

This year's convention was being hosted by the Chao Shan General Association of New Zealand. Chairman Colin Zheng said donations were still coming in.

They hoped to collect all the donations in the next few days and give them to Christchurch Foundation's Our People, Our City fund which was established at the request of the mayor of Christchurch Lianne Dalziel to support the families and Muslim communities impacted by the tragic events, Mr Zheng said.

Givealittle pages have raised $7m with most of them going to the official Victim Support fund.

The Teochew International Federation is made up of people from 120 nations, including New Zealand, who have origins in the Teochew area of southern China's Guangdong province.